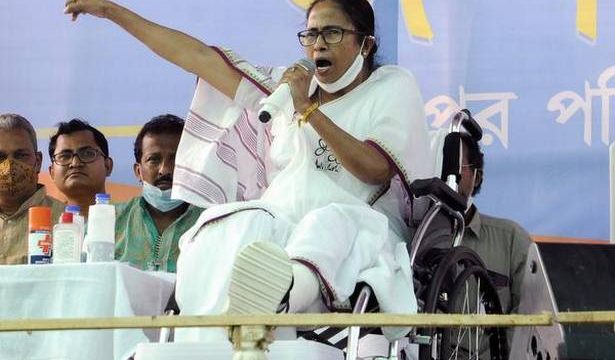 The Election Commission on Wednesday sent a notice to West Bengal Chief Minister and All-India Trinamool Congress chief Mamata Banerjee stating that her appeal to minority voters not to divide their votes was a violation of the Model Code of Conduct (MCC).

The EC asked the Chief Minister to respond within 48 hours, failing which it would take a decision without any further reference to her.

The notice said a BJP delegation led by Union Minister Mukhtar Abbas Naqvi had met the EC and complained about Ms. Banerjee’s speech during a campaign event in Tarakeshwar on April 3 appealing to Muslim voters not to let their votes get divided among political parties.

“I am requesting my minority brothers and sisters with folded hands don’t divide the minority votes after listening to the devil (shaitaan) person who had taken money from the BJP (sic),” the EC quoted Ms. Banerjee as saying.

The EC said it found Ms. Banerjee’s speech to be in violation of the MCC, which was imposed after the West Bengal Assembly polls were announced on February 26. Among the clauses highlighted by the notice were those against the use of caste or communal appeals to voters and intimidation of voters.