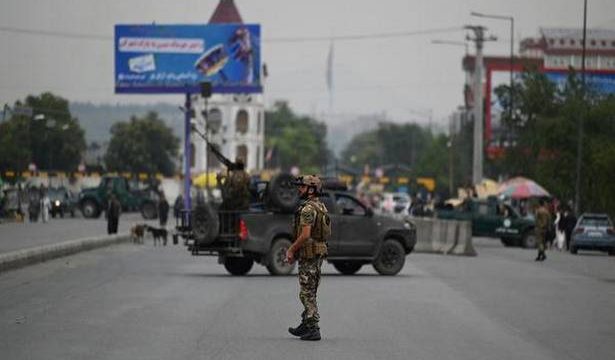 With the West done with Afghanistan, New Delhi needs to adopt a layered approach in finding a political solution

But there is one problem. India, unlike the other members, is the only continental Asian power in the Quad, which shares a contested land border with China and is vulnerable to the geopolitical changes in the Eurasian landmass. The U.S. may have retreated from Afghanistan as part of a grand strategy to take on China in maritime Asia, in which it needs India’s involvement, and India might find it tempting to join the ranks, especially after China’s aggression on the Line of Actual Control last year. But the irony is that the American withdrawal and the vacuum it leaves in Afghanistan and continental Asia in general — which is being filled by China and Russia — is reinforcing India’s identity as a continental Asian power.

Barring a brief interregnum in the 1990s, India has historically enjoyed good ties with Afghanistan, which go back to the 1950 Treaty of Friendship. Indian interests and influence suffered when the Taliban, backed by Pakistan, captured Kabul in 1996. But India was back in action as soon as the Taliban were ousted from power after the U.S. invasion in 2001. It has made huge investments and commitments ever since, which run into over $3 billion, and cultivated strong economic and defence ties with the Afghan government. Now, it is again staring at uncertainty with the U.S. pullback having effectively changed the balance of power in Afghanistan and the Taliban making rapid territorial gains.

The U.S.’s strategic objectives in Afghanistan were limited, as U.S. President Joe Biden himself pointed out earlier this month — killing Osama bin Laden and disrupting al-Qaeda networks. Defeating the Taliban and nation-building were part of the neoconservative ideological project, which has evidently failed. This means, the U.S., having met its realist objectives, can abandon the Afghan government and exit the theatre — which is what Mr. Biden is doing. But India cannot. It has to protect its investments, prevent Afghanistan from becoming another safe haven for anti-India terrorist groups, and also check Pakistan deepening its influence in Kabul.

Talking with the Taliban

So what should India do? One option, as many commentators have already pointed out, is to hold talks with the Taliban. India has already established contacts with the Taliban in Doha. Talking to them would allow New Delhi to seek security guarantees from the insurgents in return for continued development assistance or other pledges (in the 1990s, India had backed the anti-Taliban Northern Alliance) as well as explore the possibility of the Taliban’s autonomy from Pakistan. At this point, talking to the Taliban looks inevitable. But India should not overlook the deep ties between Pakistan’s security establishment and the Haqqani Network, a major faction within the Taliban that’s driving the successful campaigns on the battlefield. The U.S. overlooked it while fighting the Taliban along with Pakistan, and it paid a heavy price for it. There is no guarantee that India’s quest for engagement with the Taliban would produce a desirable outcome. So India should broad-base its options. While talking to the Taliban to protect its interests, New Delhi should also enhance aid to Afghanistan’s legitimate government and security forces and work with other regional powers for long-term stability in the country.

Kabul versus the Taliban

True, the Taliban now control or contest most of Afghanistan’s countryside. But still, it is not a foregone conclusion that they could take Kabul easily. The Afghan military has some 200,000 battle-hardened soldiers, including the highly trained special forces. In the cities, which saw relative freedoms and rights compared to the dark period of the Taliban regime, the government, despite its infighting, corruption and incompetence, still commands support. There is no Northern Alliance this time. The Taliban have already taken northern districts, including Badakhshan and Takhar. The only force that is standing up to the Taliban is the Afghan National Defense and Security Forces. India should urgently step up training Afghan forces and provide military hardware, intelligence and logistical and financial support so that Kabul can continue to defend the cities. New Delhi should also coordinate with other regional powers to support the Afghan government because if the government forces crumble before the Taliban, the prospects for a political settlement would be narrowed. Why should a winning Taliban make concessions?

There is a convergence of interests between India and three key regional players — China, Russia and Iran — in seeing a political settlement in Afghanistan. These three countries have already opened public, direct talks with the Taliban. But these contacts are largely tactical in nature. For China, whose restive Xinjiang province shares a border with Afghanistan, a jihadist-oriented Taliban regime would not serve its internal interests. Russia, which fears that instability would spill over into the former Soviet Republics, has already moved to secure its Central Asian perimeter. For the Shia theocratic Iran, a Sunni Deobandi Taliban with which it had almost gone to war in 1998, will continue to remain an ideological, sectarian and strategic challenge. None of these countries would like to see the Taliban taking over Kabul militarily, which means there would be an isolated Sunni Islamist regime in a country with fractured ethnic equations. There would neither be legitimacy for a Taliban regime nor peace in Afghanistan.

India, to break this impasse, should take a layered approach. Its immediate goal should be the safety and security of its personnel and investments. The long-term goal should be finding a political solution to the crisis. And if a political solution is not achieved, it should seek non-conventional methods, like what it did in the 1990s, to offer support to its allies within Afghanistan and retain some influence. None of this can be achieved unless it works together with the regional powers.

Russia has cultivated links with the Taliban in recent years. India would need Russia’s support in any form of direct engagement with the Taliban. When it comes to Afghanistan, Iran is an irreplaceable country. It shares a long border with Afghanistan and has built contacts through several stakeholders in the country, especially the ethnic minorities. The original objective of India’s Chabahar project in Iran was to create a direct access to Afghanistan, bypassing Pakistan. This direct access is critical for India in all different scenarios — move supplies to Kabul in larger quantities, retain its presence in the event of a civil war or carry out covert operations if the Taliban take power by force. But India, under pressure from the U.S., slowed down on the Chabahar connectivity projects, which finally prompted Iran to drop India and go ahead. Building strategic ties with Iran, irrespective of the U.S.’s policy towards the Islamic Republic, is essential for India’s Afghan bets. Finally, India should talk with China, with the objective of finding a political settlement and lasting stability in Afghanistan.

Central to this approach is India striking the right balance between its continental realities and the U.S.’s pivot to maritime Asia. The U.S., and the West in general, are done with Afghanistan. India, as one of the countries that would be impacted by the consequences of American withdrawal, has to work with Eurasian powers to protect its interests and stabilise Afghanistan.