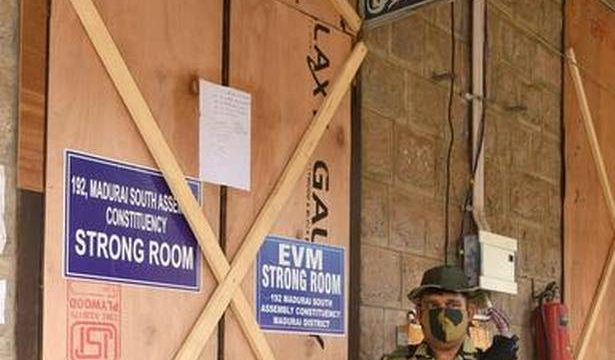 Electronic Voting Machines (EVMs) and Voter Verifiable Paper Audit Trials (VVPATs) were moved to strong rooms from the 10 Assembly constituencies in the district on Wednesday.

Officials said that all EVMs and VVPATs were brought from polling booths to the strong rooms by 11 a.m. Scrutiny was completed and it was communicated to the Election Commission that there was no need for re-election in any of the polling stations, said a district official.

The counting centre for Madurai North, Madurai South, Madurai Central and Madurai West constituencies would be Madurai Medical College. For Melur and Madurai East, it was Agricultural College and Research Institute.

Tamil Nadu Government Polytechnic College would be the counting centre for Tirupparankundram and Tirumangalam constituencies. For Usilampatti and Sholavandan, it was Anna University Regional Campus at Vadapalanji.