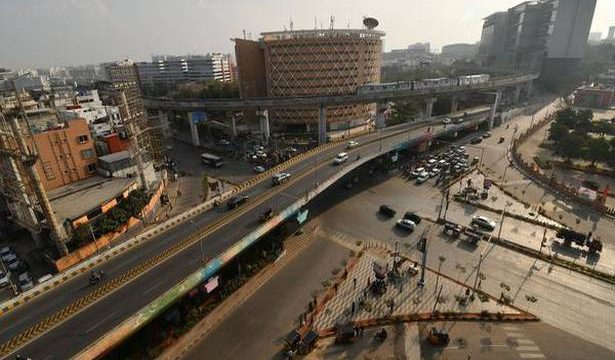 Especially empty are the roads in certain pockets teeming with migrants

Several parts of the city bore a forlorn look on Thursday, providing the annual contrast to the humdrum hubbub, owing to a large number of residents leaving for their native towns and villages for Sankranti festival.

Especially empty were the roads in certain pockets teeming with migrants from outside the city. Several areas in the Western part of the city including Hitech City, Madhapur, Gachibowli, Kondapur and others which otherwise would be teeming with vehicular traffic 24X7, were desolate, thanks to the consecutive holidays.

“Also, many of us have been given ‘work from home’ option owing to the rising numbers of COVID-19 cases. This too has kept many people off the roads, and several employees have taken this opportunity to go back to their native places,” Jairaj Kanodia, an IT employee said.

Other localities too displayed less traffic than usual, owing to absence of regular commuters. During peak hours too, no crowds were seen in the RTC buses and metro rail.

National Highway 65, the arterial road which takes the maximum burden of the home-bound vehicles, was relatively less crowded, as there were no regular commuter or office goers. City-based RTC buses too were deployed to take passengers to Vijayawada, which speaks of the festival rush.