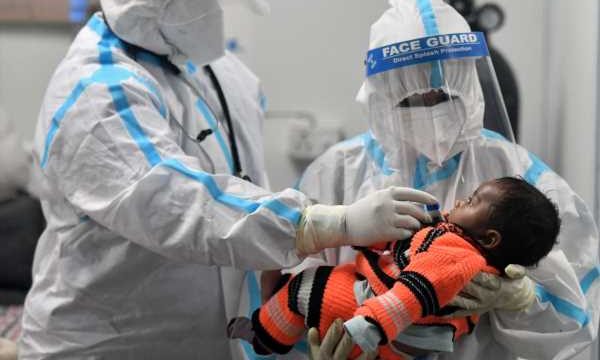 The reduced severity of Omicron is good news for now, but it is the result of an “evolutionary mistake” as Covid-19 is transmitting very efficiently and there is no reason for it to become milder, indicating that the next variant could be more virulent, a leading Indian-origin scientist from the University of Cambridge has warned. 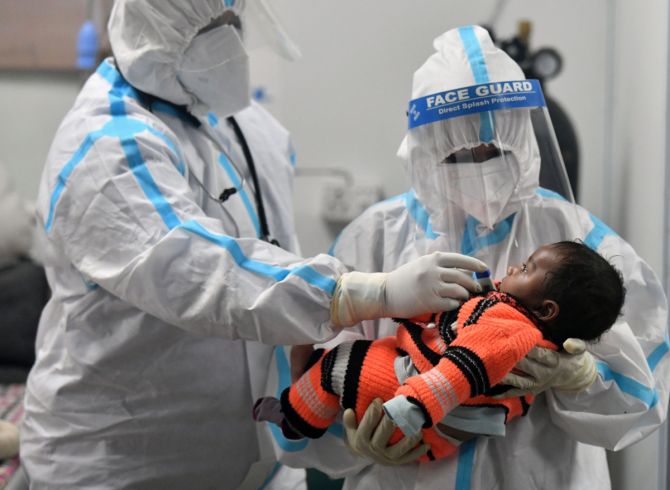 Ravindra Gupta, Professor of Clinical Microbiology at the Cambridge Institute for Therapeutic Immunology and Infectious Diseases, led a recent study on the Omicron variant and was among the first globally to describe the modified fusion mechanism of cells at play which might make Omicron more visible to the body’s immune defences.

While the study showed that the new variant, dominant in the UK and now sweeping parts of India, is infecting the cells found in the lungs less, the virus itself is not intending to become milder.

“There is this assumption that viruses become more benign over time but that’s not what’s happening here because those are long-term evolutionary trends,” Prof. Gupta told PTI in an interview on Thursday.

“SARS-CoV-2 (COVID-19) does not have that issue because it is transmitting very efficiently so it doesn’t have any reason to become milder, especially in the era of vaccination with plenty of susceptible hosts. So that’s why I think it’s an evolutionary mistake. It’s not something intentional that the virus is trying to do to change its biology,” he explained.

“This finding of reduced severity with Omicron is obviously good news for now but the next variant that comes, and there will be one, will not necessarily have these characteristics and could go back to the severity that we’ve seen before.

“And, in fact I think it probably will. Therefore, blocking infection is a potentially desirable thing to do rather than what I’ve heard, which is people seeing this as a natural vaccine. That is an understandable but dangerous thing to do because we don’t understand the complete implications of different variants on our health,” he said.

According to the UK-born scientist with familial roots in Uttar Pradesh, who advises the UK government’s Scientific Advisory Group for Emergencies (SAGE) and New and Emerging Respiratory Virus Threats Advisory Group (NERVTAG), keeping up the vaccination drive is important because that remains “our first line of defence” against the virus.

“Whilst we have a situation of a milder variant, we should use that as a chance to increase vaccination coverage,” he said.

Asked how he sees the Omicron wave impacting India, Prof Gupta said it was important to learn from other countries’ experiences and take pre-emptive action. Also, the types of vaccines used, with fewer RNA vaccines compared to the US and Europe, and genetic differences could play a role in India’s experience of the Omicron wave.

Gupta said: “In India, there were a lot of Delta infections so there’s some immunity there. The vaccines have been rolled out very nicely. We know that Omicron is able to escape from vaccines and third dose boosting is essential.

“It’s not clear in India, where mainly people have had two doses plus an infection, whether this will be adequate. There wil, be certain people who are vulnerable who get sick and do need ventilation, specially the unvaccinated.

“That’s why caution is needed and focus on infection transmission interruption and vaccination are so important.”

According to Gupta’s study into Omicron, there seems to be a difference between its impact on the deep tissues in the lung and the upper airways or bronchus. This is down to the presence of a particular protein or enzyme which is sitting on the surface of the cells in the lung called TMPRSS2, which prevents the virus from completing an efficient infection.

“So, two pathways are available to the virus and Omicron prefers one pathway rather than the other and because of that choice, that pathway is more dominant in the upper airways where implications for oxygenation and lung function are milder compared to if things are going on deep into your lungs,” he explains.

As the Omicron variant does not engage the TMPRSS2 very efficiently, its ability to cause large fused cells is impaired. This fusion mechanism of making larger cells is a way that the virus can help itself avoid neutralising antibodies and by not being able to fuse, Omicron might make itself more visible to the immune system.

”It’s a bit unclear. But it’s very real and it’s very related to what we call a tropism (behavioural) switch. The big question is why the virus is unable to use TMPRSS2. We are still trying to understand this, for some reason, Omicron’s spike is less well processed or cleaved,” said Gupta.

The virus needs to be cleaved, or cut in two, in order for it to perform its functions optimally and Omicron seems to have lost some aspect of its function.

“But if it’s replicating in the upper airways, passing very efficiently, it fulfills the goal of transmission much more effectively than if it were infecting deep tissues, which is probably an evolutionary mistake for the virus,” added Gupta.

As a result, his team’s focus now is on further studying why this evolutionary mistake occurred and to understand the biology of the virus better to help with more effective and efficient future courses of drugs and vaccines.

According to the Covid-19 Weekly Epidemiological Update, released by the global health agency on Thursday, a record 9.5 million new Covid-19 cases were reported around the world during the week December 27-January 2.

The update said that during the week December 27, 2021, to January 2, 2022, following a gradual increase since October, the global number of new cases increased sharply by 71 per cent as compared to the previous week.

WHO Director-General Tedros Adhanom Ghebreyesus cautioned that while the Omicron variant appears to be less severe compared to Delta, especially in those vaccinated, it does not mean it should be categorised as ”mild”.

Just like previous variants, Omicron is hospitalising people and it is killing people, he said in Geneva at a press briefing.

“In fact, the tsunami of cases is so huge and quick, that it is overwhelming health systems around the world,” Tedros said.

Hospitals are becoming overcrowded and understaffed, which further results in preventable deaths from not only Covid-19 but other diseases and injuries where patients cannot receive timely care, he said.

Since the coronavirus was first reported in central China’s Wuhan city, the deadly disease has infected over 300,173,00 people globally and caused more than 5,472,000 deaths.