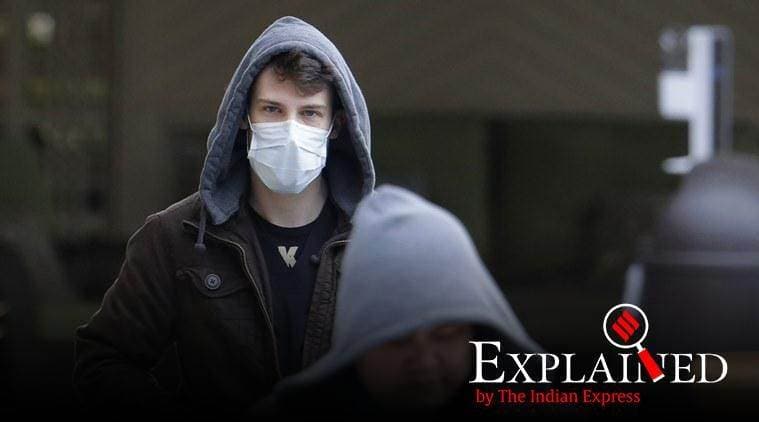 As the country braces for the economic fallout of the coronavirus pandemic, the Uttar Pradesh government on Saturday announced aid of Rs 1,000 each in the bank accounts of 35 lakh labourers, and free rations for a month to 1.65 crore construction workers and daily wagers. Kerala had moved earlier — announcing on Thursday a Rs 20,000-crore package, including a Rs 2,000 crore loan to members of the poverty eradication and women’s empowerment scheme Kudumbashree, and another Rs 2,000 crore for the MNREGS over the next two months.

UK: The government will pay grants covering up to 80% of the salary of workers if companies keep them on their payrolls, rather than lay them off. These will cost the government up to a maximum of £2,500 per month, just above the median income. The UK has unveiled financial measures including £330 billion in loans, £20 billion in other aid, and grants for retailers and pubs. Statutory sick pay of £94.25 per week will be available from the first day of illness rather than the fourth.

United States: The White House is negotiating a package with Congress, which could exceed $2 trillion, The New York Times quoted White House economic adviser Larry Kudlow as saying. Republican Senators have already unveiled a package of $1 trillion. This could include direct payments to Americans under a certain income threshold, $200 billion in loans to distressed industry sectors, and $300 billion in forgivable bridge loans for small businesses.

Canada: The government will provide up to $27 billion in direct support to workers and businesses, plus $55 billion to meet the liquidity needs of businesses and households through tax deferrals. Prime Minister Justin Trudeau has said the combined $82 billion represents more than 3% of Canada’s GDP.

Italy: The government has adopted an emergency decree worth € 25 billion. It suspends loan and mortgage repayments for companies and families, increases funds to help firms pay workers temporarily laid off, provides € 3.5 billion to support the healthcare system, and € 10 billion to support families and workers, CNBC reported quoting ministers. It suspends all firing procedures that began after February 23.

Spain: Prime Minister Pedro Sánchez announced € 100 billion of loans and guarantees for companies in need of cash as part of the “biggest mobilisation of resources in the country’s democratic history”. Spain has nationalised all hospitals. The government will subsidise workers who have been temporarily laid off by giving them access to the benefits system.

Germany: The government is expanding Kurzarbeitergeld, a scheme that provides subsidies to employees sent home during economic crises. Chancellor Angela Merkel has termed the COVID-19 pandemic the biggest crisis faced by the country since World War II.

Netherlands: The government will cover 90% of salaries lost because of reductions in work hours.

Denmark: The government will shoulder 75% of wages to prevent companies from carrying out layoffs. This will be up to a maximum of 23,000 kroner (£2,840) a month, if firms promise not to fire employees.

Sweden: The government will subsidise workers’ salaries. Employees will collect 90% of their wages, and will work reduced hours.

Japan: The government has announced grants and loans to small and medium businesses. It is considering handing out 12,000 yen to each citizen.

Australia: The government will pay $750 to all lower-income citizens on March 31. Small and medium-sized enterprises can apply for up to $25,000 to cover employees’ wages.

Coronavirus | 20% of rural school children had no textbooks due to COVID-19 impact, finds ASER survey

Khloe Kardashian tested positive for covid-19 months ago as she details ‘vomiting and shaking’
We and our partners use cookies on this site to improve our service, perform analytics, personalize advertising, measure advertising performance, and remember website preferences.Ok