What do the ten threats to global health in 2019 mean for India, and where does the country stand on tackling each? 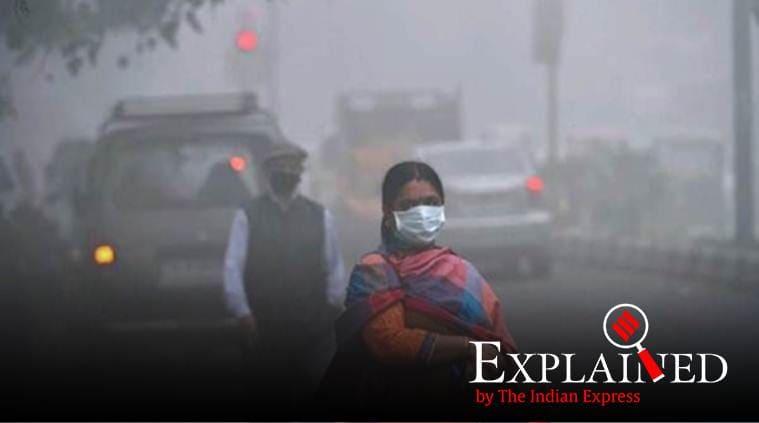 The World Health Organisation (WHO) has released a list of “Ten threats to global health in 2019”, which would “demand attention from WHO and health partners”. What do these mean for India, and where does the country stand on tackling each?

This is the gravest risk, with nine out of 10 people breathing polluted air across the world. India, with 18% of the world’s population, sees a disproportionately high 26% of the global premature deaths and disease burden due to air pollution. According to estimates by the India State-Level Disease Burden Initiative, published in The Lancet Planetary Health last month, over half the 12.4 lakh deaths in India attributable to air pollution in 2017 were of individuals of age under 70. And the average life expectancy in the country would have been 1.7 years higher if air pollution levels were lower than the minimum level causing health loss.

Noncommunicable diseases such as diabetes, cancer, and heart disease kill 41 million every year — over 70% of deaths worldwide — including 15 million premature deaths of people ages 30-69. The NCD sword has long hung over India, earning it monikers such as “diabetes capital of the world”. Initial data from the Pradhan Mantri Jan Arogya Yojana (PMJAY) health coverage programme has confirmed this trend — until December 8, 22% of claims had been sanctioned for angioplasty, and 9% for coronary artery bypass graft. India’s current estimated cancer burden — over 1.5 million new cases — is predicted to nearly double in 20 years with age-adjusted mortality rates of 64.5 per 1,00,000 people.

“The world will face another influenza pandemic — the only thing we don’t know is when it will hit and how severe it will be,” says the WHO. “Global defences are only as effective as the weakest link in any country’s health emergency preparedness and response system.” Until January 13, 1,694 cases of swine flu had been reported in the country this year, with 49 deaths. In 2018, 14,992 cases and 1,103 deaths were reported countrywide.

More than 1.6 billion people (22% of the global population) live in places where protracted crises (through a combination of challenges such as drought, famine, conflict, and population displacement) and weak health services leave them without access to basic care. The massive distress in India’s farm sector has engendered waves of internal migration for work. This migrant population often live in unhygienic conditions with very little access to basic care — a major argument for PMJAY’s national portability. Natural calamities routinely bring health crises in their wake — the Kerala floods last year were followed by a leptospirosis outbreak. The Rohingya migration crisis unfolding in Bangladesh could send ripples into India.

“The ability of bacteria, parasites, viruses and fungi to resist (antibiotics)… threatens to send us back to a time when we were unable to easily treat infections such as pneumonia, tuberculosis, gonorrhoea, and salmonellosis,” says the WHO. India’s battle against drug-resistant tuberculosis underlines this threat. Antimicrobial resistance (AMR) is what a pathogen develops upon non-lethal exposure to a drug, which usually happens when patients do not complete the full dosage prescribed. It is also a result of rampant over-the-counter sale of medications without the prescription of a registered medical practitioner. India, China, and the Russian Federation accounted for 47% of the global incidence of MDR/RR (rifampicin resistant) TB in 2016. India now has an AMR policy but implementation is poor.

Primary healthcare “ideally should provide comprehensive, affordable, community-based care throughout life”, “yet many countries do not have adequate primary healthcare facilities”, says the WHO. The primary care arm of Ayushman Bharat, with a proposed 1,53,000 health and wellness centres, has received less attention than PMJAY. Only about 5,000-odd centres are estimated to be functioning currently. Rural health statistics for 2017 show 8,286 posts of doctors in primary health centres are vacant (against a requirement of 27,124), and 1,974 of the total 25,650 PHCs have no doctors at all.

“The reluctance or refusal to vaccinate despite the availability of vaccines threatens to reverse progress made in tackling vaccine-preventable diseases,” says the WHO. “Vaccination… currently prevents 2-3 million deaths a year, and a further 1.5 million could be avoided if global coverage of vaccinations improved.” In India, diphtheria has seen a resurgence — more than 24 children died in Delhi in September 2018, and 27 in Haryana’s Nuh in December. Delhi High Court has recently underlined the requirement of parental consent in vaccination — something traditionally thought of as being implied. Some experts fear the court’s intervention will adversely impact vaccination drives.

Dengue is endemic to India, “its season in… countries (like Bangladesh and India) is lengthening significantly (in 2018, Bangladesh saw the highest number of deaths in almost two decades), and the disease is spreading to less tropical and more temperate countries such as Nepal…” WHO estimates 40% of the world is at risk of dengue, with around 390 million infections annually. Until November 25, 2018, India saw 89,974 dengue cases and 144 deaths.

Many think HIV is one of the health success stories from India. In the 1990s, the country was said to be sitting on an HIV-AIDS volcano waiting to erupt. That did not happen, and India has now launched a test and treat policy, made HIV treatment the right of every indivudal who needs it, and is a stakeholder in the WHO’s 90-90-90 target for HIV elimination. (By 2020, 90% of people living with HIV will know their status, 90% of people diagnosed with HIV will receive sustained antiretroviral therapy, and 90% of people receiving antiretroviral therapy will have viral suppression.) The HIV/AIDS Act, 2018 makes access to anti-retroviral therapy an actionable legal right for Indians living with HIV/AIDS — about 21 lakh.

While India has been spared Ebola so far, the WHO prioritises research & development for several haemorrhagic fevers, Zika, Nipah, and SARS. Several Indian states battled Zika in October-November 2018, and at least 17 people died of Nipah infection in Mallapuram and Kozhikode of Kerala over April and May.