In her judgment, Justice Prathiba M Singh said a person travelling in a vehicle or car even if alone could be exposed to the virus in various ways. 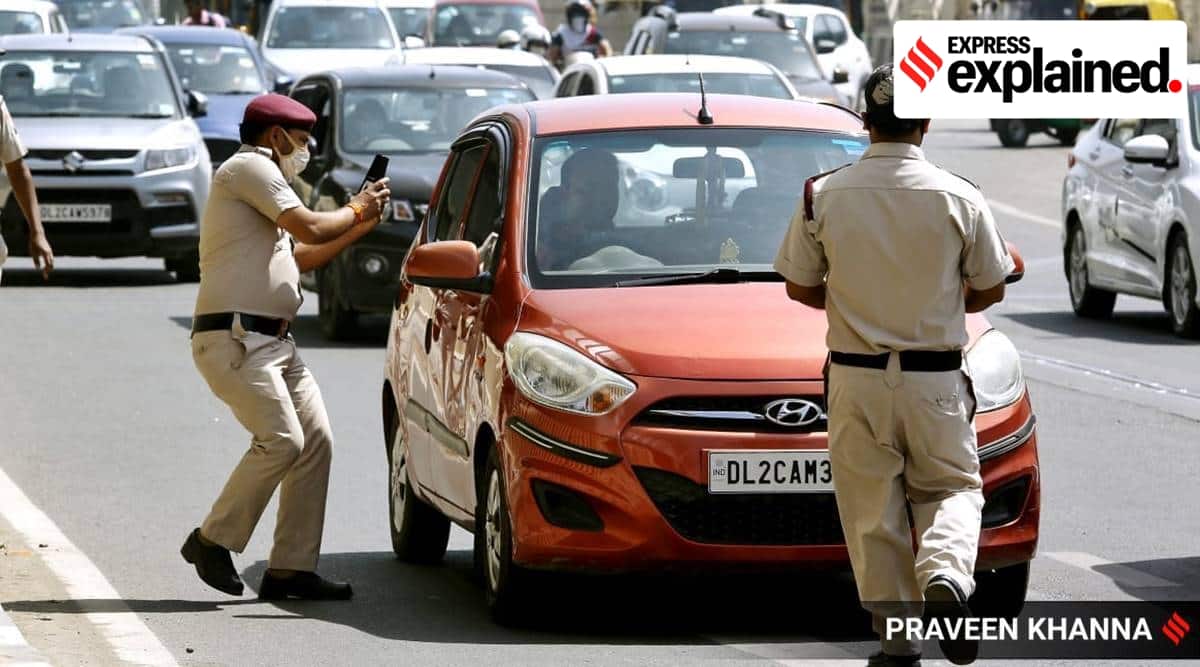 The High Court on Wednesday upheld the Delhi government’s decision making it mandatory for those travelling alone in cars to wear face masks and called them a ‘suraksha kavach’ for preventing the spread of coronavirus. The vehicle even if occupied by only one person would constitute a ‘public place’ and wearing of a mask inside them would be compulsory, held the court.

Why has the court held a moving car or vehicle to be a ‘public place’ in context of the COVID-19 pandemic?

In her judgment, Justice Prathiba M Singh said a person travelling in a vehicle or car even if alone could be exposed to the virus in various ways. “The person may have visited a market, or workplace, or hospital or a busy street, prior to entering the car or vehicle. Such a person may be required to keep windows open for the purposes of ventilation. The vehicle may also be required to be stopped at a traffic signal and the person could purchase any product by rolling down the window. The person may thus be exposed to a street-side vendor. If a person is travelling in the car alone, the said status is not a permanent one,” said the court.

The single-judge bench further said the position can also be that there were other occupants in the car prior to the phase where the driver is now alone. It added that a car would not be a public place merely because the person is travelling alone in the car.

“There could be elderly family members or children who may be picked from the school or even simply friends or colleagues may travel in the car in the immediate future. Such persons can also be exposed to the virus if the occupant was not wearing the mask. The droplets carrying the virus can infect others even a few hours after the occupant of the car has released the same. There are several possibilities in which while sitting alone in the car one could be exposed to the outside world,” the verdict reads.

How does the judgment on merits deal with the argument that a private car with a single person may not constitute a public place?

Justice Singh in the verdict said that ‘public place’ has been defined in various enactments depending on the context and the question as to what constitutes a ‘public place’ cannot be universally set in stone. The court took note of the definition of ‘public place’ in Motor Vehicle Act, The Immoral Traffic (Prevention) Act, The Code of Criminal Procedure, Prohibition of Smoking in Public Places Rules and The Narcotics Drugs and Psychotropic Substances Act. “A perusal of above definitions, itself, shows that the term ‘public place’ varies from statute to statute, and context to context,” said the court, adding that the Supreme Court while discussing the scope of the term has “held that for a place to fall within the purview of this term, it need not be public property and could even be private property which is accessible to the public”.

The word ‘public place’ has to be interpreted in this case in the context of Covid-19 pandemic and to determine it, the manner in which the coronavirus spreads is the crucial part, the High Court said on Wednesday. “It is now settled and accepted universally that the corona virus spreads through droplets either through breathing of a person or from the mouth. The risk of exposure increases multiple times if a person comes into contact with a person who is infected and is not wearing a mask,” reads the judgment.

What does the judgment say about the importance of wearing masks?

The court said scientists, researchers, international organisations and governments across the world have emphasised the importance of wearing facial masks to control the spread of the disease as in the absence of a complete definitive cure, the world continues to wrestle with the pandemic. Considering the manner in which the virus can spread, the court said, there can be no doubt that masks ought to be worn by each of the occupants when it is occupied by more than one person.

It also said that wearing a mask even in one’s own homes is encouraged if there are elderly persons or persons suffering from comorbidities. Since the inception of the pandemic, the wearing of masks has been one such measure that has saved millions of lives, Justice Singh observed.

“A mask is a `suraksha kavach’ for preventing the spread of the coronavirus. It protects the person wearing it, as also the persons to whom the person is exposed,” reads the judgment.

What was the case before the court?

Four petitions were filed last year before the court challenging the imposition of a fine of Rs.500 on the petitioners, for not wearing face masks while travelling alone in private cars. The four petitioners were lawyers who argued that a private car cannot be considered a public place. The Union Ministry of Health and Family Welfare told the court it has not issued any guidelines directing people to wear masks while driving alone in a vehicle.