The slew of charges, filed on May 23, the day Lok Sabha election results were announced, included making “scandalous” allegations against women Income Tax officers; making a “false facade of inquiries” against top officials of the Central Board of Direct Taxes (CBDT) 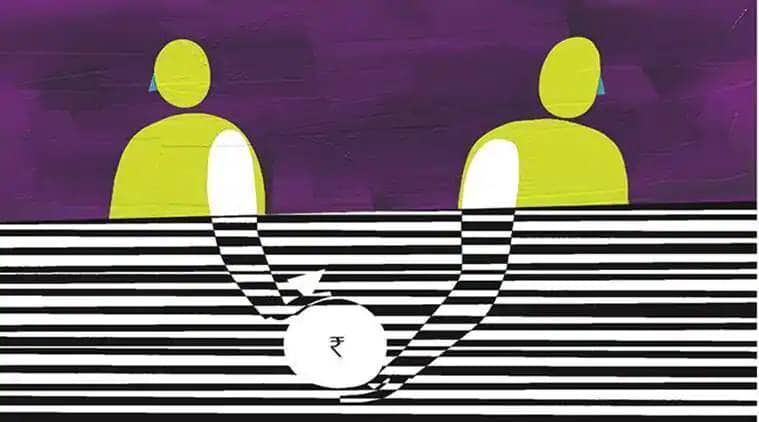 A little over two weeks before the Income Tax Department announced operation clean-up and compulsorily retired 12 officers, S K Srivastava, Commissioner (Appeals) in Noida, was served a voluminous chargesheet listing seven charges against him. A formal inquiry was also ordered.

The slew of charges, filed on May 23, the day Lok Sabha election results were announced, included making “scandalous” allegations against women Income Tax officers; making a “false facade of inquiries” against top officials of the Central Board of Direct Taxes (CBDT) and making “unsubstantiated and malicious” allegations in the ongoing proceedings in the NDTV and 2G spectrum cases.
The CBDT had given Srivastava two weeks to reply to the charges but officials said no reply was received. Today, he was served with the compulsory retirement orders by the Department almost five years before his term was supposed to end.

The 58-page chargesheet leans heavily on the strictures passed against the officer over the years by the Delhi High Court, the Delhi Sessions Court and the Central Administrative Tribunal (CAT). A compulsive petition filer, Srivastava had filed an application against news channel NDTV and others before the Special Judge hearing the 2G spectrum case.

In 2011, the judge had ruled that the Income Tax officer “is not connected with the case in any manner…he has made serious allegations against third parties, some of them are quite well-placed in public life. There is no documentary or oral evidence on record that the alleged amount of Rs 2,000 crore is in anyway connected with the 2G spectrum case.”

The fact that the court had ruled that Srivastava had made “unsubstantiated, unwarranted and malicious” allegations against NDTV and others and was also penalised for doing so is now one of the seven allegations listed against him in the Articles of Charges in the inquiry initiated on May 23, 2019.

When contacted by The Indian Express Tuesday, Srivastava said he would seek further remedies within the Government system and in law.

“My troubles began in 2006 when I filed the first application against NDTV which has had supporters in every Government. The Government has filed 20 inquiries against me and this chargesheet is the latest among them. In their desperation they have tried to retire me but the fight will go on. There is a 2015 DoPT order which states that an officer facing inquiry cannot be compulsorily retired and that compulsory retirement should be taken as a short cut to avoid Departmental inquiry,” he said.

What has been described by the CBDT as “imputations of misconduct or misbehaviour” include charges that Srivastava used “unparliamentary language or made unwarranted references to women officers” belonging to the Indian Revenue Service (IRS). The strictures passed against Srivastava for defaming women officers in an order passed by the Delhi High Court — when he wanted to inspect records of a Departmental inquiry ordered against him — have been used as grounds for the CBDT making this allegation.

The latest chargesheet also describes how in 2013, an order was passed by the Delhi High Court in a case filed against him by a woman Income Tax officer against whom he had made personal allegations and he was given a punishment of 15 days imprisonment.

That matter is being heard in the Supreme Court. Similarly, the CBDT has now cited a 2016 CAT order against Srivastava in which the Tribunal had stated that “S K Srivastava is in the habit of filing fanciful and celebrated litigation, levelling allegations against the Minister concerned, and other higher officials in order to settle personal scores..” This is also listed as a charge against him.