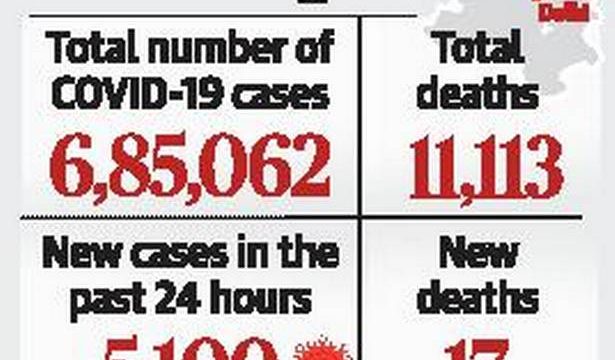 The city on Tuesday recorded 5,100 new cases — the highest in more than four months. The total number of cases now stands at 6,85,062, according to a health bulletin released by the Delhi government on Tuesday.

The positivity, which was less than 1% for more than a month, crossed the mark last month and has been increasing.

The highest number of daily cases reported since the beginning of the pandemic is 8,593 cases on November 11, 2020.

Health Minister Satyendar Jain said more than 12 lakh people have been vaccinated in the city so far.