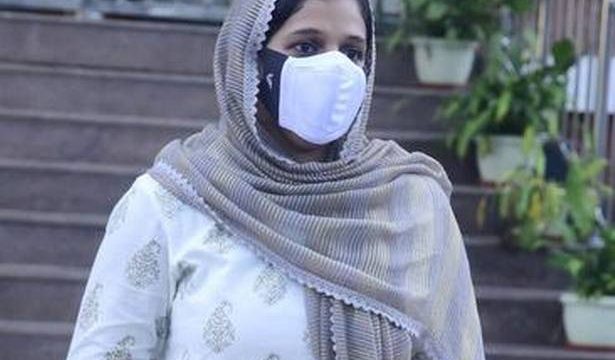 State leaders of the Indian Union Muslim League (IUML) found themselves in a spot on Wednesday after former functionaries of Haritha, the women’s wing of its students’ organisation, the Muslim Students Federation (MSF), alleged that they had failed to “imbibe ideas such as gender justice and women’s self-pride”.

Mufeeda Thasni and Najma Thabshira, former president and general secretary of Haritha, told the media that though they had met most senior IUML leaders at their home, “justice was denied to them.” Ms. Thasni and Ms. Thabshira were among the 10 former Haritha functionaries who had approached the Kerala State Women’s Commission, accusing MSF State president P.K. Navas and two others of making misogynist remarks. The IUML later suspended Mr. Navas and the others. The Haritha State committee was also disbanded after its leaders refused to withdraw their complaint.

Also, Ms. Thabshira on Wednesday deposed before a judicial first class magistrate in a case related to the complaint.

Ms. Thasni said Kabeer Muthuparamba, Malappuram district president, and V.A. Wahab, general secretary, had made misogynist remarks against Haritha members and leaders. Ms. Thasni said that during a working committee meeting, Mr. Navas had alleged that the Haritha leadership was being led by a cyber goonda, who was also writing Facebook posts for them. “If the IUML takes a stand on the issue, some Haritha members and leaders will be forced to commit suicide, as he has their videos and photos with him,” Ms. Thasni said, quoting him. “We gave a five-page letter to the IUML leadership. In a meeting to discuss the issue, the MSF president said since even a prostitute might have her own justifications for doing her job, let Haritha leaders also speak up,” she added.

The complaint signed by 10 leaders was submitted to the leadership on June 27. “We approached the Kerala State Women’s Commission 50 days after registering our complaints with the IUML leadership,” she said. Ms. Thabshira said that as girls, they have had to go through certain insufferable remarks and painful experiences.

Meanwhile, MSF State vice president P.P. Shaijal, who supported the former Haritha functionaries, was removed from his post after he criticised the way by which the IUML leadership dissolved the Haritha State committee. Earlier, Kasaragod and Wayanad district functionaries of the MSF had resigned in protest against the reconstitution of the State panel.