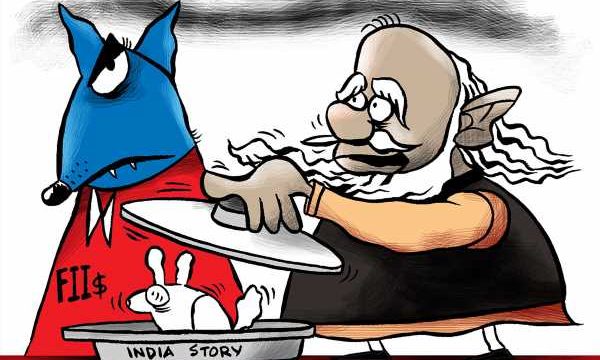 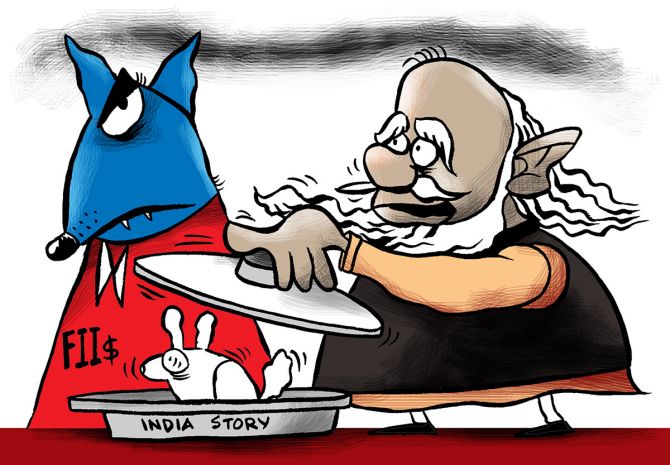 Positive flows during three of the previous four months have pushed the domestic markets towards fresh all-time highs.

At present, the Sensex and Nifty are less than 2 per cent shy of breaching record highs logged in October 2021.

A rally in equity markets in the US and Europe is in hopes that the Federal Reserve may go soft on rate hikes after its November meeting.

Also, some mitigation of economic distress led to foreign investors returning to India.

US and European markets gained in October after a sharp sell-off in September.

The gains were partly on the back of bargain hunting.

It is also partly in hopes that the aggressive interest-rate hiking cycle in decades by global central banks is nearing an end.

The US central bank is expected to raise interest rates by 75 basis points (bps) for the fourth consecutive time this week followed by 50 bps in December. It may pause after one more 25 bps hike in the first quarter of next year.

After sharp inflows in August, FPIs turned net sellers due to ‘relentless’ rate hikes and weakness in the Indian currency.

However, recent bouts of inflows show risk appetite is once again back.

The strength of the US economy, which is indicating a lower probability of an immediate US recession, is boosting appetite for risky assets.

The US GDP rose at a 2.6 per cent annualised rate during the quarter.

A contraction in manufacturing, services, and lower-than-expected US home sales indicated some progress was being made in Fed’s battle against runaway inflation.

A shift in tone from the European Central Bank (ECB) boosted optimism that the global tightening cycle could end by early 2023.

Though the ECB doubled its key interest rate to the highest level in more than a decade last week, it signalled that there is progress in its battle against inflation.

Moreover, the economic slowdown in China is also enabling some flows to India, said experts.

In the latest indicator of distress in the world’s second-largest economy, China’s factory and services activity contracted in October.

Both the official manufacturing purchasing managers index (PMI) and the gauge, which measures construction activity fell below 50.

A reading below 50 indicates contraction.

Experts warned that things could worsen in the coming months as the government sticks to strict Covid controls.

The lockdown situation in China is likely to worsen as cases rise.

Analysts said India’s status as a growing economy in a year of economic distress is helping it garner a higher-than-usual chunk of the FPI flows to emerging markets.

“China is the biggest recipient of flows from developed markets.

“And, its trouble is getting worse. India is emerging slowly as a credible alternative.

“Despite weakness in the rupee and the current account deficit situation, our inflation is more benign than elsewhere.

In the MSCI Asia-Pacific ex-Japan index, India has currently the third highest weightage after China and Australia.

However, most global funds are underweight on both these nations.

As a result, India will be a beneficiary of improved risk appetite among overseas funds, said a market expert.