The Election Commission, meanwhile, has ordered a probe into the Munger violence by Magadh Commissioner Asangba Chuba Ao and directed him to submit his report within a week. Fresh protests erupted in Bihar’s Munger Thursday against the district administration even as the Election Commission shifted out District Magistrate Rajesh Meena and Superintendent of Police Lipi Singh in the wake of the violence that broke out during Durga idol immersion late Monday night.

The agitated crowd, comprising mostly youth, torched two police vehicles parked outside Puravsarai outpost. The protesters shouted slogans against now shifted-out SP Lipi Singh for her failure to control the violence, which left one person dead and over three dozen people injured. Prohibitory orders have been imposed under CrPC section of 144.

Meanwhile, the EC ordered a probe into the Munger violence by Magadh Commissioner Asangba Chuba Ao and directed him to submit his report within a week.

The Munger Police said extra forces had been deployed after fresh protests but said there was no report of any untoward incident so far. As Munger went to poll on October 28, residents were not allowed to take out any protest march.

The protest started from Bata Chowk of Munger town at around 10.30 am when some 50 people gathered to carry out a peaceful protest against the local administration. As protesters left Bata Chowk towards DM office and Kotwali, more people joined. Some of them even damaged vehicles parked by the roadside. The protesters later torched two government vehicles parked outside Puravsarai outpost. The crowd also ransacked the Mufassil police station.

A policeman was injured while trying to control the mob. So far, the Munger Police have detained over 100 people in connection with the violence. New DM and SP are likely to be posted in Munger in a day or two. 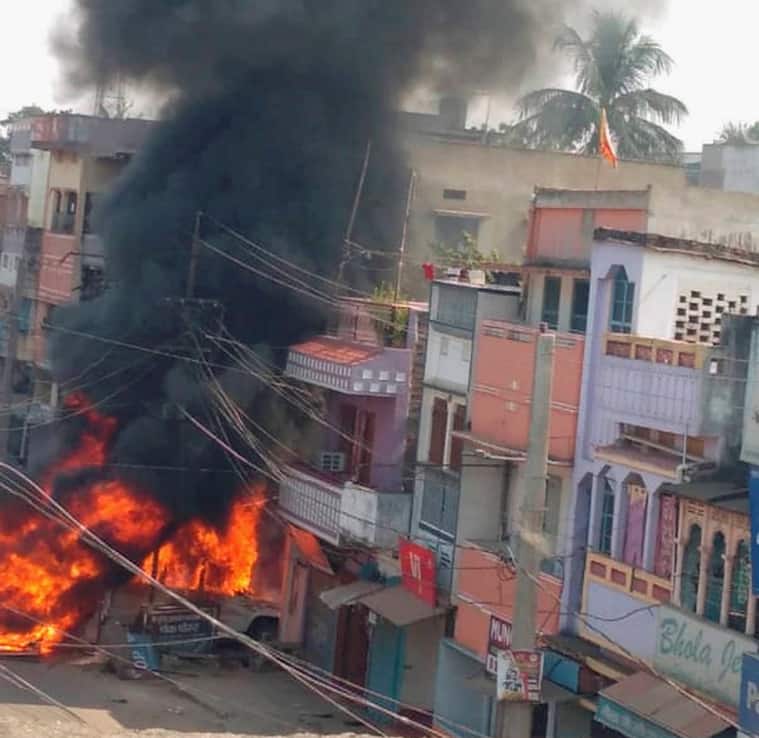 Tejasjwi had said: “We want to know who ordered police to open fire at people”. JD(U) leader Sanjay Jha, on the other hand, said, “Now that Tejashwi and Chirag are speaking in the same manner, LJP looks B Team of Tejashwi.”