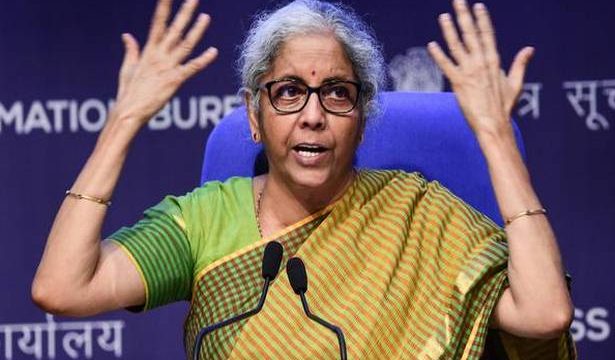 The Income Tax portal remains a festering worry for taxpayers scrambling to file their returns, ahead of the September 15 deadline set by Union Finance Minister Nirmala Sitharaman for the portal’s tech developer, Infosys, to resolve glitches.

Tax practitioners said a slew of problems still abound in the return filing modules of the portal. Even routine tasks like seeking an adjournment in ongoing assessments, complying with the ‘Vivad Se Vishwas’ scheme and uploading a digital signature, are proving to be a challenge.

Although the government has extended the deadline for individual taxpayers to file income tax return (ITR) till December 31, it is levying a 1% interest for each month of delay beyond the original July 31 deadline, prompting questions about the exchequer penalising them for administrative failures.

“The government has indicated it is aware of the portal’s persistent challenges when it extended the return filing deadlines,” said Shailesh Kumar, Partner at Nangia & Co LLP. “However, there is a genuine hardship for taxpayers, who have paid self-assessment tax, but are not able to file ITR due to portal issues. They are still required to pay interest at 1% per month for delay in filing the ITR,” he said.

“The government should waive the interest for those taxpayers, who have already paid their entire tax liability, if they file their ITR within the extended time limit,” Mr Kumar said, stressing that people are keen to file their returns as no one wants to pay the interest.

Some glitches still remain to be sorted out even as there has been some ‘gradual improvement’ in the portal’s interface, said Suresh Surana, founder of RSM India, listing out several hiccups.

“The taxpayers are facing issues in auto-population of data from the Form 26AS as imported data either is populated incorrectly or is not at all populated. Rectification of ITR, tax credit mismatch, challan corrections and certain other functionalities are still not activated,” he said, adding that grievances reported on the portal — that were ‘ideally addressed in a week’ — now take about 30 to 45 days to elicit a response.

On August 23, after summoning Infosys CEO Salil Parekh, Ms. Sitharaman had conveyed the government’s ‘deep disappointment’ with the firm’s handling of the IT portal that has been ineffective and ridden with problems ever since its launch on June 7. She had ‘demanded’ that the issues pertaining to ‘current functionalities’ of the portal be resolved by September 15 so that taxpayers and professionals can work seamlessly on the portal.

Mr Kumar said the portal is still evolving with changes in modules of e-filing of ITR form.

“On some days, it works fine, on other days, there are technical glitches in some modules. Even through the functioning has improved over past few weeks, but still problems persist making it difficult for some taxpayers while filing the ITR,” he added.

The processing speed of the new e-filing portal also remains comparatively slower than the earlier version despite some improvements since the portal’s launch, while ITR forms for companies, partnership firms and Limited Liability Partnerships (LLPs) are still not available for filing, Mr Surana pointed out.

While corporates have till November-December to file their returns, individual taxpayers with different income sources are facing varying challenges prompting some CAs to charge higher fees for a successful return filing.

“There are categories that need to submit one or more forms before filing the return and include their date of submission and acknowledgement in the ITR, but the field for those details haven’t been activated in the ITR,” said a Mumbai-based accountant.

Given the glitches in several functionalities, the user interface of the new portal is particularly difficult as it follows a step-by-step approach. “In the earlier portal, we could fill in details on different tabs of the return form and populate them gradually till the time of filing. Now, you cannot fill up the details you may have ready access to, till all the fields in an earlier step are filled,” he explained.

“Certain orders uploaded recently on the portal by the tax authorities are not downloadable due to its server issues. There are troubles in registering the digital signature certificate. We are not being able to file for adjournment in ongoing assessment cases. There are still a lot of problems,” said another accountant.