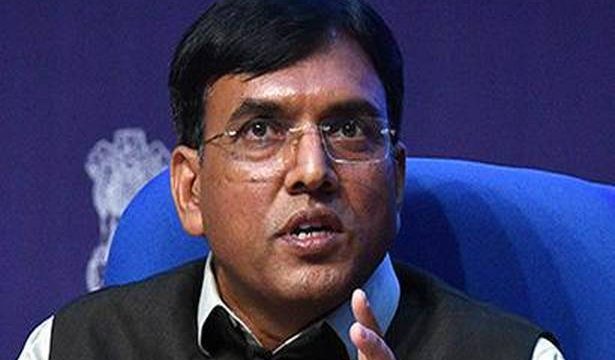 The Fertilizer and Chemicals Minister said the work is yet to start at a proposed plastic park approved at Sarora, Chhattisgarh, in April this year.

The Centre has so far approved eight plastic parks that are at various stages of development and two are in the process of getting the final nod, Union Fertilizer and Chemicals Minister Mansukh Mandaviya said on Tuesday in the Rajya Sabha.

Currently, these plastic parks are in “various stages of completion”, the Minister said.

The plastic park at Tamot in Madhya Pradesh has completed physical infrastructure and one unit is functional, while the other park at Bilaua in the same State is at various stages of implementation, he said.

The physical infrastructure development of the plastic park at Paradeep in Odisha has been completed, while it is in progress in Deoghar (Jharkhand), Thiruvallur (Tamil Nadu), Tinsukia (Assam) and Sitarganj (Uttarakhand), he added.

Mr. Mandaviya further said the work is yet to start at a proposed plastic park approved at Sarora, Chhattisgarh, in April this year.

He said an in-principle nod has been given for setting up a plastic park in Karnataka and Uttar Pradesh.

The government is implementing a scheme for setting up plastic parks, under which it provides funds up to 50 per cent of the project cost, subject to a ceiling of Rs 40 crore per project. The remaining project cost is to be funded by the state government, beneficiary industries and by loans from financial institutions.

The scheme of setting up plastic parks is a sub-scheme of the New Schemes of Petrochemicals (NSP), for which Rs 53.73 crore fund has been allocated for the financial year 2021-22.

As per the scheme guidelines, it is the responsibility of the special purpose vehicle (SPV) to ensure that all units of the park abide by the rules and regulations as stipulated by the Pollution Control Board of the state governments concerned.

There is also a provision to set up recycling units in the plastic parks, the minister said.