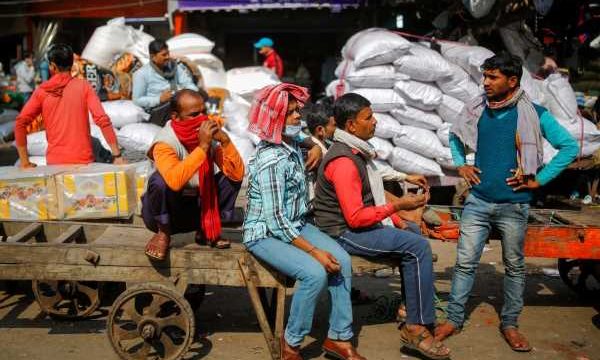 The Centre has decided to reduce resolution time of public grievances, raised on a dedicated portal, to a maximum of 30 days from the existing 45 days.

Besides, it has been decided that a complaint received from a citizen will not be closed until an appeal filed against it is disposed of.

DARPG, which is under the Union ministry of personnel, public grievances and pensions, said it has undertaken a comprehensive reform of the centralised public grievance redress and monitoring system -– an online portal that allows people to raise complaints against government bodies — to make it more responsive to the needs of the citizens.

The government wants the citizens’ voices to be heard, and wants them to repose trust in the system, it said.

“The grievances received on CPGRAMS shall be resolved promptly as soon as they are received but within a maximum period of 30 days,” the order said.

In case the redress is not possible within the prescribed time-frame due to the circumstances such as sub judice matters/policy issues etc, an interim/appropriate reply shall be given to the citizen, it said.

Last year, the DARPG had reduced the maximum time limit to 45 days from 60 days to resolve public grievances.

In its latest order, the DARPG has asked all departments to appoint nodal grievance resolution officers and to empower them adequately to resolve public complaints.

They may appoint as many GROs as deemed necessary based on the number of public grievances received under the overall supervision of the nodal grievance resolution officer, it said.

“It shall be incumbent on grievance resolution officers to address urgent grievances on priority basis,” said the order dated July 27.

After closure of a grievance, citizens have the option to submit their feedback and file an appeal, it said.

To obtain the feedback on the quality of grievance disposed, an outbound call centre has been started, the order said.

All citizens will be contacted by the call centre to obtain feedback.

“Citizens will be provided the option to file an appeal if they are not satisfied with the grievance disposed of,” it said.

The feedback received from citizens by the call centre will be shared with ministries or departments who would be responsible to deal with the feedback and to make “systemic improvements.”

To institutionalise the mechanism of grievance resolution, and to ensure quality disposal, the secretary of the ministry/department may review the disposal process in senior officers meetings, the DARPG said.

“Secretary may make a few calls to the citizens to get direct feedback if it is felt necessary,” it added.

Ministries/departments may also monitor complaints which may be raised in print and electronic media, the order said.

All ministries/departments have also been asked to regularly analyse the trend of grievances and conduct a “root cause analysis.”

“Based on the analysis of the grievances, the ministry/ department may take remedial measures,” the order said.

To achieve the objectives of the CPGRAMS, and to satisfactorily resolve the grievances of the citizens, all ministries and departments need to review, streamline and strengthen their internal resolution mechanisms, it noted.

The DARPG said it will also organise training programmes in collaboration with the Institute of Secretarial Training and Management in New Delhi in this regard.