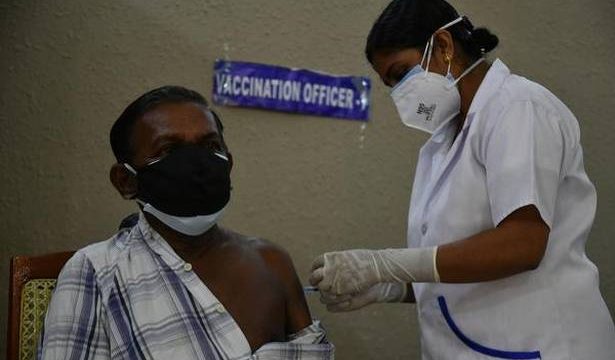 While some major private hospitals in Ernakulam district have managed to purchase COVID-19 vaccines, others are either awaiting supplies, or have not been able to place bulk orders.

Going by the CoWIN portal, a total of 179 sites were conducting vaccination sessions in Ernakulam on Friday. Of them, 122 were in the government sector and 57 were private ones.

Dr. M.G. Sivadas, nodal officer for vaccination, said around 5,000 doses were being administered daily at private hospitals. A total of 30,348 doses were administered in the district on Thursday across all centres. Exact figures on the daily number of doses administered at private centres were not available.

Private hospitals that have purchased vaccines are mostly using doses available to them to tie up with companies and organisations to vaccinate employees, health officials noted. At least eight private hospitals conducted vaccination sessions for private companies and other establishments on Friday, and five of the sites administered more than 450 doses each on the day, with one centre hitting a high of over 700 doses, according to figures on the CoWIN dashboard.

The medical director of a hospital that had purchased 10,000 doses said demand was high, and even quantities purchased in bulk do not last long. Other hospitals have managed to procure quantities that are much larger, he added.

But, only bulk purchasers have been able to procure doses, said Dr. Joseph Benaven, secretary, Kerala Private Hospitals’ Association. “For Covishield, the minimum quantity for purchase is 3,000 doses at a price of around ₹20 lakh, which has to be paid up front. Medium and small hospitals are unable to buy bulk quantities paying such large amounts. If small hospitals get doses, availability across the State will be more,” he added.

The State Health Agency (SHA) is now likely to step in and streamline the process. Private hospitals in the State had an online meeting with the SHA on Thursday. The meeting, chaired by SHA Executive Director Rathan Kelkar, decided that the agency would facilitate the procurement for private hospitals. Hospitals have been directed to submit details of their requirement and capacity, and they will be consolidated and submitted for procurement, said the minutes of the meeting.

Some hospital managements in the district that have purchased substantial stock have been collaborating with other hospitals to distribute the vaccine quickly, officials said. “Some hospitals have procured huge quantities, and it is in their interest to finish off stock that they have already acquired, since policy changes frequently,” Dr. Benaven said.