“We are of the belief that the cases which were slapped on Dalits after the Bhima Koregaon violence should be taken back. We have requested Chief Minister Uddhav Thackeray to ensure that these cases are withdrawn,” said Nitin Raut, senior Congress minister. 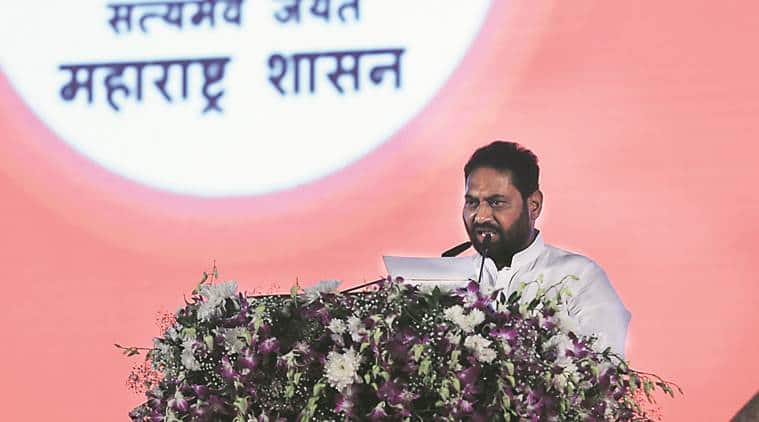 SOME SENIOR leaders of the Congress and NCP — both allies of the Uddhav Thackeray-led government in Maharashtra — have sought the withdrawal of cases related to the January 2018 Bhima Koregaon violence.

“We are of the belief that the cases which were slapped on Dalits after the Bhima Koregaon violence should be taken back. We have requested Chief Minister Uddhav Thackeray to ensure that these cases are withdrawn,” said Nitin Raut, senior Congress minister. “Cases against innocent people should be withdrawn… Most of them are students… I have asked for details,” he said.

“A number of intellectuals, thinkers, social activists and innocent citizens have been branded as Naxals and have had cases filed against them in the Bhima Koregaon riots case. It is my request that cases against them should be withdrawn immediately,” said senior NCP leader and MLA Dhananjay Munde.

“Those who raised their voices against the (previous) government were deliberately targeted. It is necessary to ensure justice for those who were tormented by the BJP government,” said Munde.

Raut, however, drew a distinction between the Bhima Koregaon and Elgaar Parishad cases. “In… Bhima Koregaon, our people had waged an agitation. There are cases against so many people… against those who waged the agitation on the streets. I believe those cases should be withdrawn, because they are innocent people,” he said.

NCP MLC Prakash Gajbhiye too said the Bhima Koregaon cases should be withdrawn. “In the Bhima Koregaon riots, serious cases were slapped against Dalit men and women by the previous government. Similar cases were filed during the Indu Mill agitation as well. We have made a request to the Chief Minister that these cases be withdrawn and justice is done to the Dalit community,” he said.

Earlier, NCP MLA Jitendra Awhad had tweeted: “Cases against Aarey agitators are withdrawn. Now those arrested under false cases in the Bhima Koregaon matter… should be freed.”

Speaking to reporters, Thackeray said: “The last government had passed orders for withdrawal of cases pertaining to Bhima Koregaon which were not serious in nature. We have sought a review to see if these cases were withdrawn as per the previous order”.

One person was killed and several others were injured after violence broke out in parts of Pune and Mumbai on January 1, 2018, as people, mainly Dalits, marched to the village of Koregaon Bhima to mark the anniversary of the battle fought 200 years ago.

Meanwhile, Munde also sought withdrawal of cases against Maratha youth who were booked during the quota agitation in the state.

Amber Heard & Johnny Depp Reunite In Court As He Prepares To Take The Stand & Deny Abuse Claims
We and our partners use cookies on this site to improve our service, perform analytics, personalize advertising, measure advertising performance, and remember website preferences.Ok