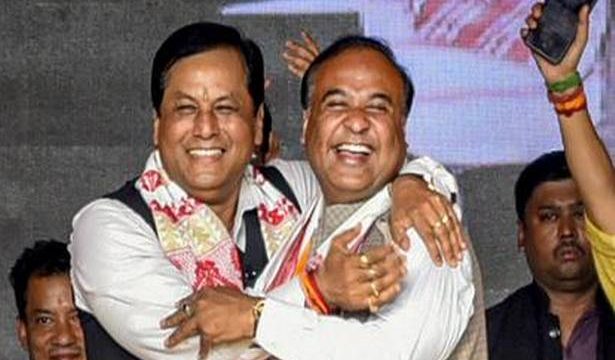 Assam Finance and Health Minister Himanta Biswa Sarma’s poll strategy is believed to have paid dividends for the BJP and its allies for the second straight time.

The clean image of Chief Minister Sarbananda Sonowal and the grassroots coordination of State BJP president Ranjeet Kumar Dass, given a long run by the party leadership, have been factors too. The three won their respective seats — Jalukbari, Majuli and Patacharkuchi — comfortably.

A fallout with former Chief Minister Tarun Gogoi forced Dr. Sarma to quit Congress and join the BJP in 2015. The saffron party lost no time in letting him guide the 2016 poll campaign after nine of his loyalists in the Congress followed him to the BJP.

Dr. Sarma was almost spot-on with his 2016 forecast. The BJP won 60 of the 61 seats as he had predicted and it formed the government in alliance with the Asom Gana Parishad (AGP) and Bodoland People’s Front (BPF), which won 14 and 12 seats respectively.

His prediction for the BJP-led alliance this time was off the mark; it came down from ‘100+’ to ‘about 85’. But the sub-80 tally did no harm to his stature as the face of the BJP in the northeast. That a majority of the candidates the BJP fielded this time were his loyalists underlined his increasing clout. He had a major say in allotting seats to allies AGP and United People’s Party Liberal too.

There are now speculations that he could be made the Chief Minister for his contribution to the party’s victory, with Mr. Sonowal being given an important portfolio at the Centre.

The Chief Minister and Mr. Dass have left the issue to the “wisdom” of the party’s central leadership, although party insiders said the defeat in West Bengal could make the BJP continue with Mr. Sonowal for the top job.

Dr. Sarma chose to downplay the matter after winning the Jalukbari seat for the fifth straight time, defeating his nearest Congress rival by 1,01,911 votes. “It is my privilege to serve Jalukbari. I am grateful to the people of the constituency,” he said.

A BJP spokesperson also credited Mr. Dass for the party’s ability to win as many seats as in 2016. “The impact of his grassroots networking down to the community and neighbourhood level cannot be ignored,” he said.