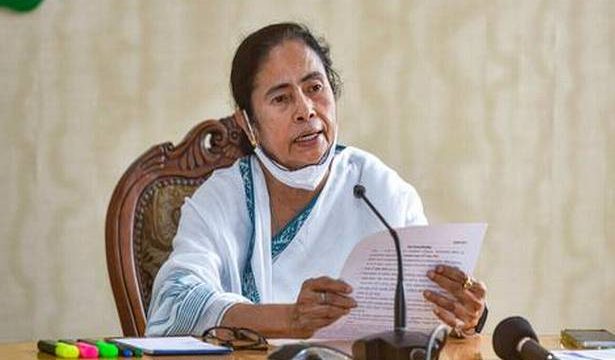 For Mamata to continue in CM chair, the byelections should be held before November.

A delegation of six Trinamool Congress MPs met the Election Commission on Thursday urging it to hold byelections to seven vacant Assembly seats in West Bengal, arguing that the number of COVID-19 cases at present were 17 times lower than the numbers in April-May when the Assembly polls were held.

It is crucial for the TMC that these bypolls are held before November for Mamata Banerjee to continue in the Chief Minister’s chair. Article 164(4) of the Constitution states: “A Minister who for any period of six consecutive months is not a member of the Legislature of the State shall at the expiration of that period cease to be a Minister.” Having lost the Nandigram seat in the Assembly polls by a margin of 1,956 votes, currently she is not a member of the Assembly.

Ms. Banerjee took oath on May 5 and has time till November 5 as per the law. She was hoping to get elected from the Bhabanipur Assembly seat, her home constituency. To facilitate the by-poll, MLA and Minister Sobhandeb Chattopadhyay resigned from the seat on May 21. Byelections to seven Assembly seats — Shamsherganj and Jangipur in Murshidabad, where the candidates died before the polls could be held; Santipur and Dinhata where the elected BJP MPs (Jagannath Sarkar and Nisith Pramanik) did not take oath as MLAs; and Khardah and Gosaba, where the successful candidates died after the polls were held, and Bhabanipur — are due in the State.

The TMC delegation, in a memorandum submitted to the EC, said the law required that the vacancies must be filled within six months.

In April 2021, when the eight-phase elections were held in the State, the number of COVID-19 cases rose from 6,000 cases per day to 17,000 per day, the memorandum pointed out. “Despite the rise in COVID-19 cases and our repeated requests, the remaining phases of the polls were not clubbed together, as the EC concluded that it was safe to conduct elections,” the memorandum says.

The number of cases now were 17 times lower with fewer than 831 cases reported in July as per the data till Wednesday, the memorandum said, arguing that this was a conducive time to hold the polls.