Ahead of the Tokyo Olympics, a look at how Katsuhiro Otomo's cult anime foretold the work's enduring impact on sports and cinema When Tokyo was awarded the Olympics in 2013, film buffs across the world were least surprised. They had seen it coming since 1988.

More than three decades ago, Akira – the influential science-fiction animation film by Japanese artist Katsuhiro Otomo – had predicted that the 2020 Olympic Games would take place in Neo-Tokyo, the film’s reimagination of the Japanese capital. The Olympic grounds in the movie house military bases. And Akira, the titular, telekinetic child, is imprisoned in a cryogenic chamber below the Olympic Stadium, the site of the film’s climax.

In Akira, the Olympics are crucial to Neo-Tokyo as a symbol of recovery from the nuclear trauma of “World War III”. Otomo was alluding to the atomic bombings of Hiroshima and Nagasaki during World War II and Japan rebounding with the 1964 Olympic Games. But by tapping into the zeitgeist and presenting a vision of the future, Otomo foresaw a lot more. He has repeatedly stated that Akira was a product of his deep fascination with manga comics since his childhood and his homage to postwar Japan- “a tragedy depicting people destroying the world’s balance amid this era that I wanted to recreate”.

In a 2019 video interview with publisher Kodansha, Otomo, now 67, said, “Looking at the world now, I wonder how it wound up like this… Looking at issues like wars/conflicts and organised crime, I can feel the world slowly fall out of balance, and I hope we can improve on that.” A scene from the film shows a countdown clock at “147 days until The Games:, with a message: “With everyone’s effort, let’s make this a success.” Underneath the sign, there is a graffiti – “Chuushi da chuushi!” – “Just cancel it!”. The frame made the rounds during the COVID-19 outbreak in Japan just before the original opening date of the Olympics last year. “Just Cancel It” was the top trend on Japanese Twitter and has since become a rallying cry against the Olympic Games, scheduled to begin on July 23. 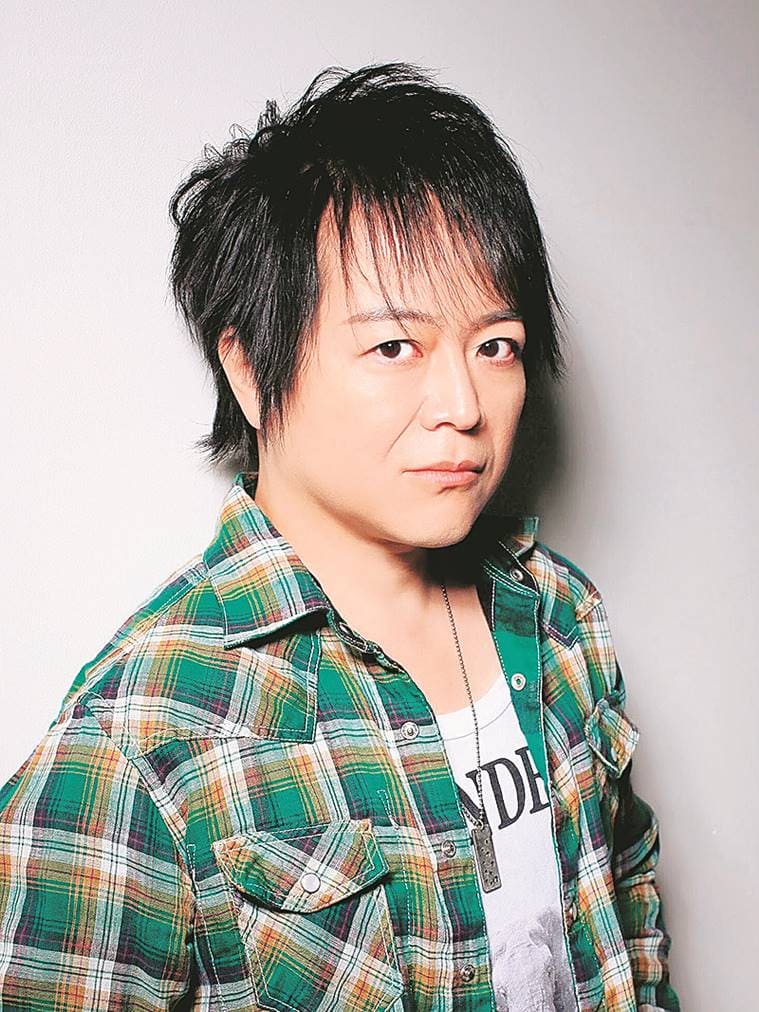 Did Otomo really predict the future through Akira? Nozomu Sasaki, who voiced the antagonist Tetsuo Shima in the film, wants to know, too. “That is what I would like to ask him myself!” Sasaki says in an email interview. “Now it has become almost impossible to talk about Akira without mentioning some striking similarities between the film and what is happening in the real world.”

Even before the pandemic, Akira’s dystopia resonated with the world. Prominent themes of the film include attacks on press freedom, religious extremism, bureaucratic corruption, police brutality, the struggle between haves and have-nots and anti-government demonstrations. “Whether it is a coincidence or not, I think these predictions come from the vision, skill, and creativity of Mr Otomo,” says the 54-year-old Sasaki, who debuted in Akira and has since gone on to voice characters from popular anime series such as Naruto (1999-2014), Death Note (2006-07) and Monster (2004-05). “That makes Akira all the more profound.”

Think of your favourite sci-fi film and know that it owes a debt to Akira. Each element of the film – from the neon-lit imagery, the moody, experimental soundtrack to the signature jacket and bike of protagonist Shotaro Kaneda – has become a fixture in cyberpunk iconoclasm. Inspired by Ridley Scott’s Blade Runner (1982) and Steven Lisberger’s Tron (1982), Otomo’s Akira manga ran from 1982 to 1990, spanning over 2,000 pages and laying the foundation for the animated adaptation and all future sci-fi blockbusters.

Akira’s influence can be seen all over The Wachowskis’ 1999 magnum opus The Matrix. Rian Johnson (writer-director, Looper, 2012) and, more recently, the Duffer Brothers (executive producers, Stranger Things, 2016-) have listed it as an inspiration, too. Film critic Roger Ebert wrote of Akira: “The animation was state of the art, the vision was bleak, the tone was a radical departure for American audiences raised to equate animation with cute animals and fairy tales.” Musicians Michael Jackson and Kanye West made music videos based on sequences from the movie; the latter has also based his clothing line on Akira and calls the film his “biggest creative inspiration”. 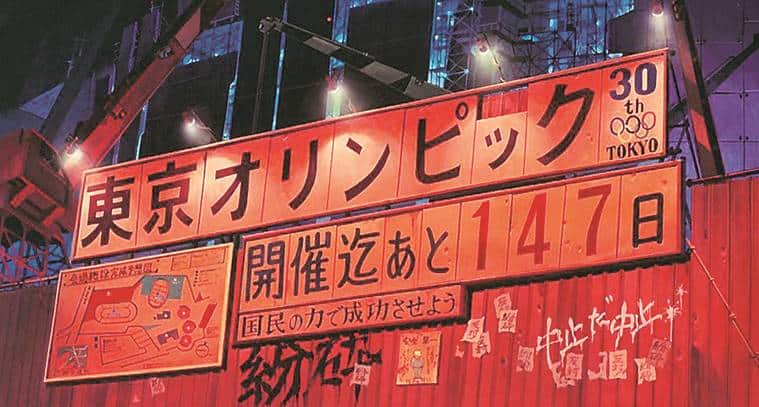 “One of the main reasons for the worldwide success of Akira is that the original author supervised and directed it himself. Otomo took the time to embody his images and ideas into the film, meticulously composing details the way he wanted to. In my view, he was trying to make a visual world, more than just a Japanese anime movie. This is a work where a first-class creator used his abilities and energies to the fullest to visualise what he had in his mind, without any flattery to the viewers,” says Sasaki.

Akira hit American shores when Hanna-Barbera reruns reigned supreme and the Disney Renaissance – spearheaded by The Little Mermaid (1989) – was still a year away. Internet lore has it that Star Wars creator George Lucas and director Steven Spielberg declined to distribute the film in America owing to its limited appeal. Spielberg later featured the Akira motorcycle in 2018’s Ready Player One.

Akira used cel animation, which means over 160,000 frames of the film were hand-drawn by animators on thin plastic sheets. A majority of the film takes place at night, something animators avoided at the time due to increased colour requirements. Akira featured a record 327 shades of colour, with 50 shades specifically created for the film. Also unusual at the time was pre-scoring, which means the dialogue for Akira were recorded first and the art added later. This helped synchronise the mouths with the words and negate the “puppeting” effect in old cartoons.

In December 2020, a 4K restoration of Akira was released, completing the saga’s journey from paperback to VHS to laser discs to VCDs/DVDs and now Blu-ray. A live-action adaptation, however, is a frontier unconquered. Warner Bros beat rivals Sony Pictures for the rights in 2002, but the project has not taken off since. Leonardo DiCaprio has been attached as a producer for ages. Christopher Nolan and Oscar-winner Jordan Peele were once rumoured to helm the project. Thor: Ragnarok (2017) and Jojo Rabbit (2019) director Taika Waititi was finally signed before it was put on hold in 2019.

A large section of fans believe Akira’s vision and art simply cannot be replicated in live action. “It’s unlike any other anime. Quite a number of productions have been influenced by this masterpiece, but no one seems to have caught up with it. The film transcends the genre with its creativity,” says Sasaki.

Akira’s influence extends beyond art and spills over on turfs and tracks. It has spawned biker clubs around the world and motorsports has used the imagery to drum up interest before races in Japan. In 2018, before the Suzuka GP, Red Bull F1 team released a poster paying homage to Akira.

Expectedly, Akira was part of Olympic celebrations, too. In 2017, videos emerged of a projection-mapping display at the Tokyo Metropolitan Government Building or Tocho. The installation featured scenes of Kaneda cruising the streets of Neo-Tokyo on his bike, with videos of real-life Tokyo spliced in. Earlier this year, Japanese magazine Shukan Bunshun revealed a scrapped proposal for the opening ceremony, reportedly by award-winning choreographer Mikiko. She had also put together Japan’s segment at the Rio 2016 closing ceremony, where then-Prime Minister Shinzo Abe had turned up as Nintendo mascot Mario.

In May, with Japan in the grip of a fourth COVID-19 wave, a survey run by The Asahi Shimbun newspaper found that 83 per cent of people wanted the Olympics to be postponed or scrapped. A petition with 350,000 signatures seeking cancellation was handed to the Tokyo governor. The national doctors’ union aired their concerns over the Games becoming a super-spreader event. On July 23, as the Games begin, it will be in empty stadiums, as a renewed threat of the virus has forced Tokyo into a state of emergency, that will run throughout the Games.

Sasaki isn’t sure he’ll be watching the event. “I have loved watching the Games, but probably not now, during this public health emergency,” he says. But unlike the ambiguous conclusion to Akira, Sasaki ends the conversation on a hopeful note. “Having said that, I definitely believe that sports has the power to entertain, inspire and unify people even amid the challenging times.” 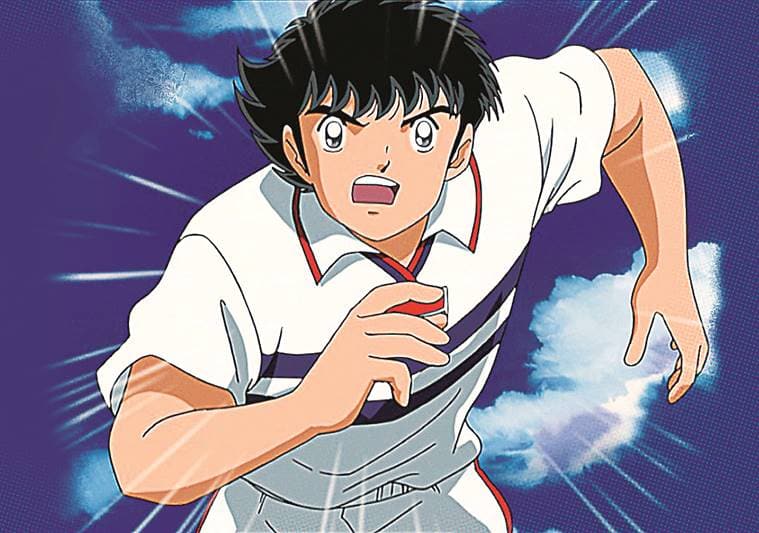 The bid to emulate protagonist Tsubasa Oozora resulted in Japan becoming the land of gifted midfielders. But the reach of the series, written and illustrated by Yoichi Takahashi, wasn’t limited to Japan. It is known by the names of Flash Kicker in the US and India, Captain Majed in the Middle East, Super Campeones in South America and Oliver and Benji in Spain. Those inspired to take up football after watching Tsubasa’s exploits include stars such as Spain’s Andres Iniesta and Fernando Torres, Italian Alessandro del Piero, Chile’s Alexis Sanchez and Colombian James Rodriguez. Written and illustrated by Masashi Kishimoto, the saga of the young ninja training in mystical arts and surpassing peers resonates with four-time Grand Slam champion Naomi Osaka. In an interview with lifestyle website Highsnobiety, the Japanese tennis player said, “Just watching as an outsider and seeing all the work that he put in, was really cool when I was younger. He was an outcast, and then he proved himself to people, and we started believing in him.” Other fans include NFL stars LJ Collier and Mike Daniels.