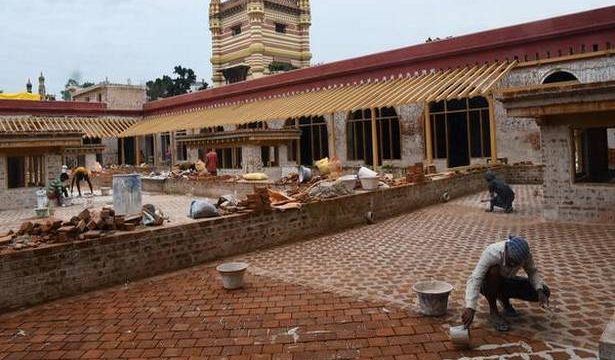 E.V. Velu says 85% of the restoration work is completed

The project to restore the historic Humayun Mahal in Chepauk Palace complex is expected to be completed by August. Nearly 85% of the work to restore the fire-hit heritage structure has been completed.

Public Works Minister E.V. Velu inspected the ₹41.12-crore work being taken up at Humayun Mahal on Wallajah Road on Monday. He said nearly 85 heritage structures were under the supervision of the PWD across the State. Of these, restoration work was on in 35 heritage buildings at a cost of ₹150 crore.

The 250-year-old Humayun Mahal was built in Indo-Saracenic style of architecture between 1868 and 1871. It functioned as Revenue department’s headquarters during the British era and then had various State government offices, including Horticulture and Revenue, functioning in the building.

The premises was vacated following roof collapse and fire accidents since 2005. Spread over 76,567 sq.ft., Humayun Mahal has nine halls on the ground floor and four on the first floor. Restoration work includes Madras terrace roofing and Mughal wall plastering or Theervai plastering. There are nearly 108 teak doors, said a press release.

The restoration work of Humayun Mahal has incorporated the techniques of 82-year-old heritage conservation specialist S. Paramasivam, who died in Virudhunagar district last year. He was involved in conservation of several heritage buildings, including Madras High Court and Senate House in University of Madras.