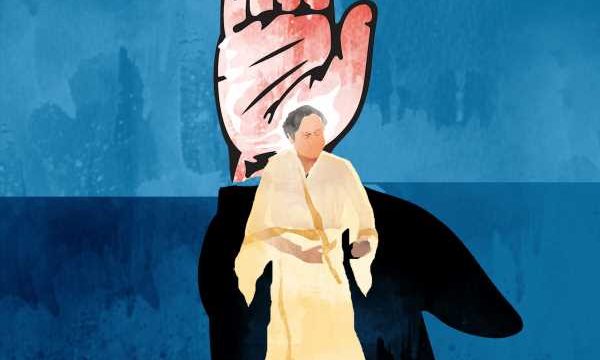 It is clearly baby steps and too early to conclude if the 136-year-old baby will walk as its supporters wish it to.

The curiosity to explore — it is usually the motivation to walk — is also arguably restrained, for the internal elections happening in the Congress party are showing strong signs of siding with familiarity.

That makes Shashi Tharoor less favoured. But even if he loses, Tharoor’s move is a victory of sorts because he is part of the group that called for changes within the party.

He will be a party member who contested elections to be its president and like it or not, the cumulative effect of all this would be that 136-year-old baby taking a tiny step to tackling the biggest dread of old age: Change.

For the member of Parliament from Thiruvananthapuram, a shot at being the party president would seem an apt move.

Ask around in Thiruvananthapuram, the feedback usually obtained is that he did good work as a MP.

He acquired proficiency in Malayalam. Further, he is among a few from the ranks of the elite and the erudite who managed to acquire a popular following nationally.

Yet at the same time, he comes across as better off, spared the need to make sense to an electorate.

Perhaps, a Rajya Sabha membership suits him more? There are also other angles.

Unlike Kochi, the state’s commercial capital and home to the Southern Naval Command, Thiruvananthapuram’s vibe is comparatively conservative.

As the erstwhile seat of the Travancore kings, there exists a strong element of the traditional alongside the motifs of remittance economy and IT industry modern Kerala became associated with.

There is an influential community of well-off retirees (ex-military, diplomats, bureaucrats) which likes to indulge the poster boys of technocracy and conformist success; a sort of soft-Right fraternity.

Back in 2009, Tharoor, fresh off the UN and famous as an author, must have attracted.

Even today, while Tharoor’s future as MP gets debated against the backdrop of his contest to be party president, other potential candidates (across parties) speculated as interested in contesting from the city, include high flyers cast in the same mold.

However, despite the upper crust’s tastes, it is the rest of the electorate that counts more as regards assembling the winning numbers.

One of the most crucial voter segments herein, reside on Thiruvananthapuram’s seacoast — its fishing community.

All may not be well for the Congress MP in this belt.

Tharoor has voiced support for a large seaport by Adani, coming up near Thiruvananthapuram.

The project situated at a location that is home to a fishing harbour and is part of a coastline inhabited by the fishing community, currently faces opposition from the fisherfolk, in particular those among them forced to relocate to temporary housing due to the project or relocated due to sea erosion on the coast.

The fisherfolk believe that the erosion, now more aggressive than before due to the forces of climate change, is related to the work executed as part of the seaport project.

All this has driven them to stage protests against the project, the first phase of which is due for commissioning in September 2023. 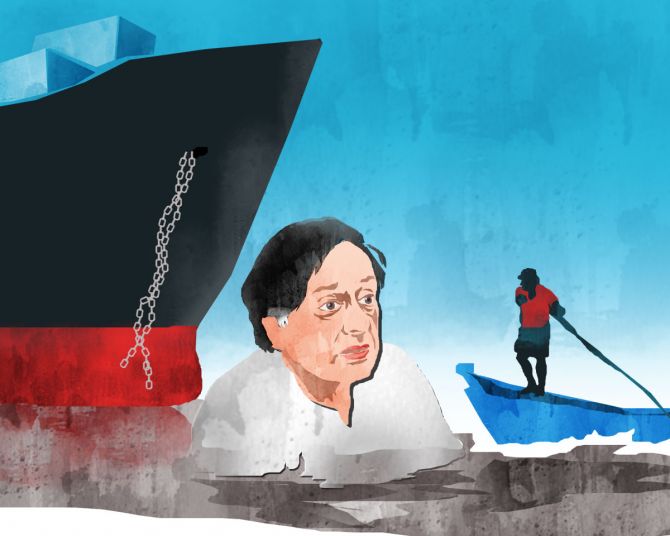 In August this year, Tharoor told the media that he disagrees with the demand that project work be stopped as a precondition to addressing the fishers’ troubles.

Although Thiruvananthapuram’s MP, he said the onus of finding a solution rests with the state government.

The latter, on its part, did not include Tharoor in talks with the agitators.

The fishing community is a crucial vote bank; one that swings fortunes in tightly fought polls.

It is a good question whether right now, their support for Tharoor is as strong as it used to be given the differing positions they and their MP have, on the port project.

Tharoor is probably right in supporting the project.

Political observers this writer spoke to said that while the fishing community has a legitimate complaint on the rehabilitation front, the project undertaken after due environment assessment is too far down the execution stage to be halted.

Kerala’s Left government has said that there is no question of stopping it.

Following litigation, the Court too recently ruled that work on the project shouldn’t be obstructed by agitators.

For a MP seeking re-election, this is a tricky scenario.

Not to mention, a fourth term from the same city in times of the Congress nationally marginalised and Tharoor with his G-23 background not exactly popular within the party, is an uphill climb.

One could easily view the political challenges in his constituency as reason for Tharoor to stand for elections to be the Congress president.

He is perceived as an accomplished person lacking a party that knows how to use him.

Aside from giving him a chance to see if the Congress can recast and stretch to accommodate new generations, the post of party president brings a new set of possibilities and responsibilities.

If there is anything one likes about Tharoor’s career in politics, it is that while others of similar social and professional background pontificate from high pedestals, this man — career in the UN, successful author and all — actually won three Lok Sabha elections through campaigning and working at ground level.

It is an open secret that Kerala’s Congress politicians were rarely enthusiastic in their support for Tharoor, who they regard as a lateral entrant to politics. He won despite that.

Tharoor served as central minister and member of Parliament.

His weakness has been a tendency to court controversy of a high society-sort; something politicians with half his ability but greater awareness of the Indian electorate and environment, consciously avoid.

From the perspective of an organization like a political party, such traits can seem a liability. If his candidature has got the Congress reaching for leadership it is more familiar with, it speaks much about the party even as it only embellishes Tharoor’s track record of taking on the unfamiliar.

News reports indicate his chances of winning in the party election may be low.

As one former resident of Thiruvananthapuram told this author about Tharoor’s image of being ideology-neutral: That is helpful to reach across the aisle and get political hurdles cleared when one is in power but not when the battle at hand is an ideological tussle for survival (for both party and country).

The latter is not an occasion for casual politics.

On its part, Thiruvananthapuram doesn’t appear obsessed with a Tharoor victory in the party election.

The election isn’t a hot topic of discussion. The city knows that thanks to Tharoor and others like him, the 136-year-old Congress is having an election to its president’s post, after a long time. That is creditable.

Further, more than Tharoor, it is the party that is on test.

Notwithstanding Rahul Gandhi (his Bharat Jodo Yatra passed through the city last month), articulating issues relevant to youth and the times, the Congress hasn’t recast itself as the automatic choice of a new generation.

Denying generations, a society that is modern and feels so, is a longstanding Indian specialty.

The best example of that is the Congress’s foe — India’s Right-wing.

No marks for guessing what the Congress requires to do. 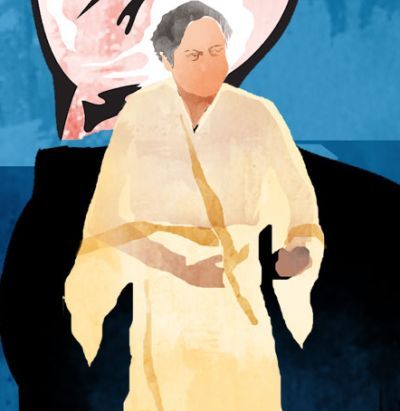