India Coronavirus Cases Numbers: More than half of the cases in Karnataka are still concentrated in Bengaluru, while Mysuru, Bellary, Kalaburgi and Dakshin Kannada are the other badly affected districts. 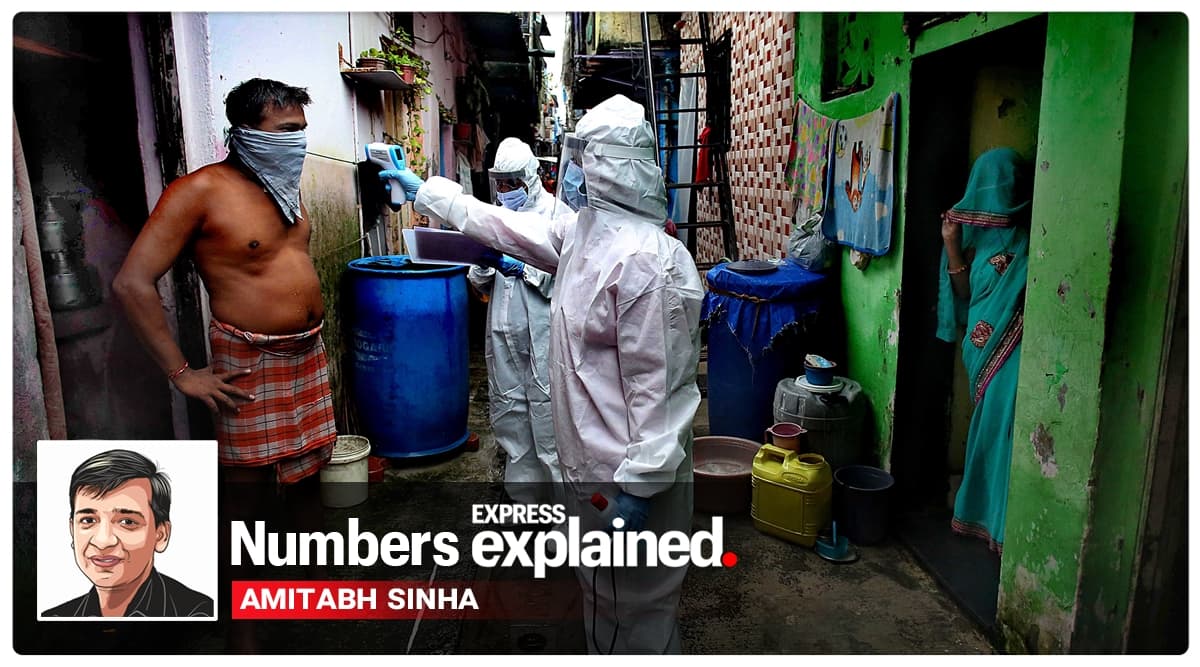 India Coronavirus Cases: With over 6,700 new cases on Thursday, the number of confirmed novel Coronavirus infections in Karnataka has crossed the 2-lakh mark. Karnataka is the fourth state, after Maharashtra, Tamil Nadu and Andhra Pradesh, to have more than two lakh infected people.

While Karnataka had a reasonably good success in containing the spread of the disease till the middle of June, there has been a rapid rise in the cases after that. It had the fastest rate of growth of cases in the country before Andhra Pradesh overtook around the second week of July. Though the growth rate has dropped significantly in the last three weeks, Karnataka continues to discover large number of new infections every day.

More than half of the cases in Karnataka are still concentrated in Bengaluru, while Mysuru, Bellary, Kalaburgi and Dakshin Kannada are the other badly affected districts.

In the last two weeks, the situation in Karnataka has been showing signs of improvement. The growth rate has been on a consistent decline, from a high of about 8.5 per cent per day in the first week of July to just about 3.4 per cent now. The active cases has also just begun to show a declining trend. On three of the last four days, the daily recoveries in the state have been more than the new cases. On Thursday, for example, 8,609 patients were declared recovered while 6,706 new cases were discovered.

But Karnataka continues to report large number deaths, more than 100 every day. The state has already counted more than 3,600 deaths till now. Only Maharashtra, Tamil Nadu and Delhi have recorded more deaths.

For the country as whole, more than 64,500 new cases were discovered on Thursday, while over 55,500 people were declared to have recovered. The number of people who have been infected with the virus has risen to more than 24.61 lakh people, out of which 17.51 lakh, or just over 71 per cent, have recovered from the disease.

On Thursday, more than 1,000 deaths were reported from across the country, and once again it was due to a large number of previously unreported deaths being added by Maharashtra. Maharashtra reported 413 deaths on Thursday, of which 288 were from the previous two days while the others had happened in the last two weeks that had not been accounted till now.

India has otherwise been reporting about 800 deaths every day. The total number of deaths in the country has gone over 48,000, the fourth highest in the world, after the United States, Brazil and Mexico. Interestingly, the United Kingdom made a downward revision in its Coronavirus death count on Wednesday, taking off more than 5,000 deaths that were earlier classified as Coronavirus deaths. The United Kingdom’s revised death toll is now just over 41,000.

In India, the decline in the death rate, the number of deaths against the total number of people found to have been infected, is continuing. It has now fallen to 1.95 per cent, well below the world average of about 3.7 per cent.

A year on, the rains are back to haunt this homeless family