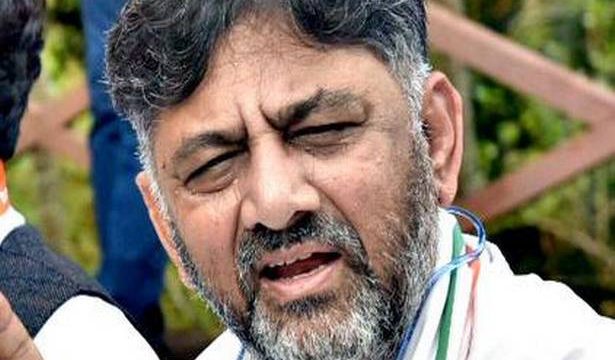 Chief Minister Basavaraj Bommai has been pushing for legislation he thinks will emotionally engage his party’s base, says State Congress president.

Fresh from the Congress victory in the local body election in Karnataka, State Congress president D.K. Shivakumar speaks to Nistula Hebbar on poll prospects in 2023, anti- conversion law and attempts by the State government to end government control over temples…..

Congress has registered an impressive win in the local body election, as State unit president how do you view this with regard to the Assembly poll?

As an organisation, we are hard at work to face electoral and political challenges. As State unit president I can say that I’m not allowing anyone in the organisation to rest on their laurels. People are demonstrating that they have confidence in the Congress and we are trying hard to help them, going into the Assembly poll as well.

Can victory in local body election be extrapolated on to Assembly poll due in 2023?

The BJP has lost not just the local body polls, but council polls, and bypolls to Assembly seats. In such polls, the ruling party is conventionally supposed to have an advantage, and the defeats are, therefore, especially significant. The BJP under Chief Minister Basavaraj Bommai has been on a losing streak, which I think is significant, as it points to unrest within the BJP’s own organisation and government and also the reason he [Bommai] is pushing legislation like anti-conversion law and taking temples and places of worship from under government control.

Why do you say that?

This losing streak has demonstrated shifting support for the BJP, which is why the Chief Minister has been pushing for legislation he thinks will emotionally engage his party’s base and, of course, avoid serious questions by the Congress on the bitcoin scam during the Assembly session. First they got the Anti-Cowslaughter Bill, then the Anti-Conversion Bill and now they are talking about a bill that takes away government control over temples and places of worship. All these issues do not address any of the governance challenges facing Karnataka. The aim for the plan to remove temples and places of worship from government control is very simple, they want to hand over these to BJP workers, who will then control the crores in revenue that these places generate. If the Congress is voted to power, it will reverse all this and the BJP knows this, so they trying to create litigation when that happens. The resources that are with our temples and places of worship are immense, but there are other concerns as well. In my view this is the worst piece of legislation ever moved by any government in the history of Karnataka.

What are the issues that you are going to highlight then, instead of only reacting to government’s moves?

Our big campaign going into the new year is the Mekedatu ‘padayatra’, a foot march between January 9 and 19 covering nearly 160 km, passing through Kanakpura, Ramnagara and Bidadi and finally through Bengaluru to build pressure on the Central and State governments to build the balancing reservoir at Mekedatu. Drinking water itself will become scarce for the people of the State, especially Bengaluru and adjoining areas, not to mention irrigation needs of the surrounding rural areas. The BJP is in power at the Centre and in the State and they are yet to address this issue.