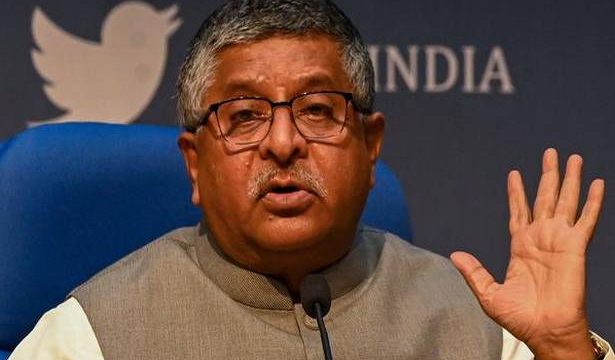 Union IT Minister Ravi Shankar Prasad’s comment to The Hindu in an interview on Monday claiming that the Select Committee on Personal Data Protection Bill, 2019 “has given their report” led to a protest by many members of the committee, ultimately forcing him to recall his comments by evening.

The committee led by BJP MP Meenkashi Lekhi is yet to circulate the draft report among its members. The members were shocked by the Minister saying, “The Select Committee has given their report and have done a good job. Covid-permitting, in the next session I will like to push it.”

“I am amazed. On March 8 I had been assured by Mrs. Meenakshi Lekhi, Chairperson, that the draft report will be circulated for comments by members. That is still awaited,” a senior Congress leader and committee member said.

The committee has so far held 66 meetings and its last sitting was on December 29.

Senior TMC leader and committee member Derek O’Brien said, “The IT Minister says the committee has presented its report to him. This is a blatant violation of parliamentary procedures. Under what provision was the report presented to a Minister? When did the committee adopt the report? Members denied the right to dissent?”

Sources said other members of the committee also reached out to Ms. Lekhi seeking a clarification. She remained unavailable for reaction.

Later in the evening, Mr. Prasad issued a correction. He tweeted, “I understand that the Select Committee of Parliament is still to finalise its report on Data Protection Law. I appreciate their hard work. I look forward to their final report so that Parliament approves a Data Protection Law soon.”