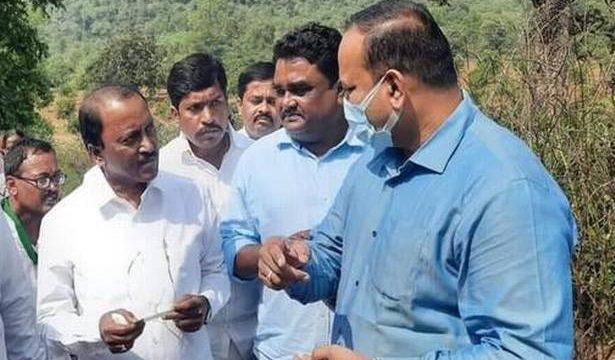 The ST panel chief, who was on a two-day visit to Chittoor district on Tuesday, interacted with the residents of ST Colony at Kuyyavanka village of Tavanampalle mandal, 35 km from here.

During the inspection, the residents brought to the notice of Mr. Ravi Babu that though they had been cultivating the lands in the forest-fringe areas for ages, they were reportedly facing rough weather from the forest department personnel. Due to the alleged objections from forest officials, the residents said that they were unable to construct pucca houses under the schemes. The issues of lack of power supply, drinking water problem, and raiding of crops by wild elephants in hamlets in the western mandals also came up during the interaction.

Mr. Ravi Babu assured the residents that he would take up their issue with the State government for redress at the earliest.

Earlier, the ST commission chief had visited the lands under cultivation by the ST communities in the forest-fringe areas and obtained information about the crop patterns and marketing facilities at their disposal. The staff of the Apollo Total Health project at Aragonda in Tavanamapalle mandal apprised the commission chairman about the health awareness campaigns undertaken at the ST hamlets abutting the forests.

Senior officials of the police, revenue, and tribal welfare departments took part in the event.