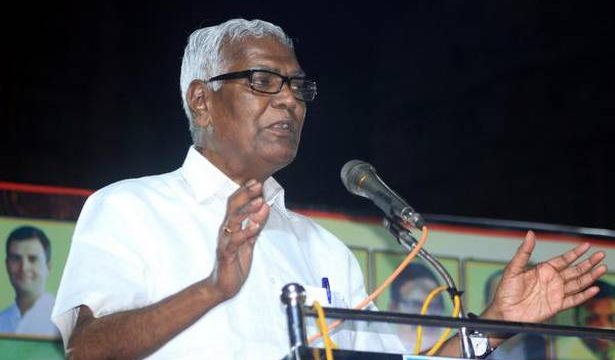 Killings of Hindu minority and cross-border incursions result of this, he says

The Government had billed abrogation of Article 370 as a permanent solution towards bringing peace to Kashmir and yet we see a spurt in civilian killings, CPI General Secretary D. Raja said on Tuesday.

The recent killings of the Hindu minority and the cross-border incursions are a result of this, he said.

The government, with much pomp and show, had invited political leaders for talks to Delhi, but didn’t follow it up with any concrete action. “One feels pain when precious lives are lost.”

Five Army personnel were killed in four encounters with terrorists in different parts of Jammu and Kashmir on Monday. And in recent days, seven civilians, five of whom were from the minority community, were gunned down by unknown people.