On Thursday, Congress MP Manickam Tagore gave a notice to stop all other proceedings and have a discussion on the Pegasus issue in the presence of Prime Minister Narendra Modi and Home Minister Amit Shah. 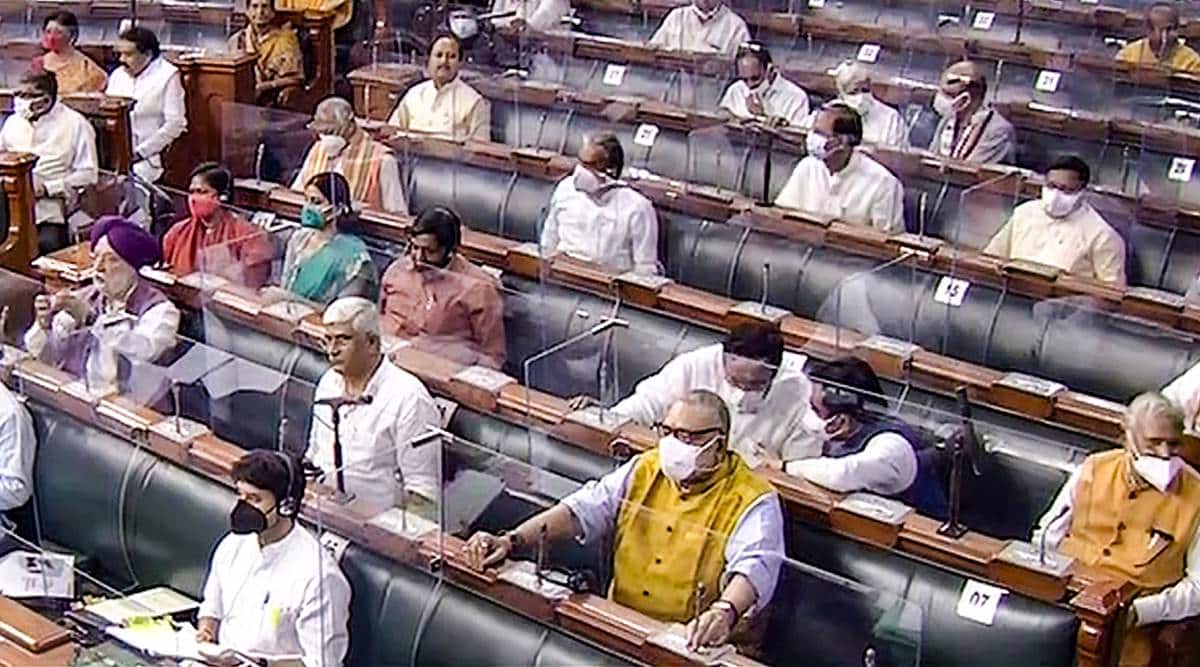 THE Opposition Thursday mounted joint protests against the government over the Pegasus spyware issue in Parliament, with the Congress deciding to further raise the heat by collecting signatures of MPs to press for a debate in the House on the matter.

Fourteen Opposition parties had met Wednesday to plan joint action on the Pegasus issue in Parliament, and for the first time since the Monsoon Session began on July 19, they worked in tandem. Sources said West Bengal Chief Minister Mamata Banerjee’s meeting with Congress president Sonia Gandhi and party leader Rahul Gandhi has broken the ice and the two parties will now work together, instead of the separate slogan-shouting seen earlier.

On Thursday, Congress MP Manickam Tagore gave a notice to stop all other proceedings and have a discussion on the Pegasus issue in the presence of Prime Minister Narendra Modi and Home Minister Amit Shah. The Congress will be submitting the signatures of Opposition MPs seeking a discussion on Pegasus to Speaker Om Birla.

While the government has been repeatedly saying it is ready to debate every issue, Congress and TMC leaders have alleged that the Treasury benches do not want to discuss either the farm laws or Pegasus. A meeting between Parliamentary Affairs Minister Pralhad Joshi, leader in the Rajya Sabha Piysuh Goyal and Congress leader in the Rajya Sabha Mallikarjun Kharge ahead of Thursday’s proceedings failed to end the stalemate, amid rumours that the Monsoon Session, which is threatening to be a washout, may be curtailed.

As the Lok Sabha assembled Thursday, Birla expressed his “pain” over the unruly behaviour of Opposition MPs who had torn agenda papers and thrown them at the Chair the previous day, and warned every member to ensure this is not repeated. “We should collectively decide to protect the dignity of Parliament… I will have to take stringent action against such people if this happens repeatedly… Any recurrence may attract action from the Chair,” Birla warned, adding that Wednesday’s events “were against the basic ethics of this august House”.

Birla said he had always tried to give everyone an opportunity to raise issues. “If there are any complaints against the Chair, one can come to my chamber. Throwing papers at the Chair is not acceptable. Members have to decide collectively how to enhance the dignity of the House.”

Leader of the Congress in the House Adhir Ranjan Chowdhury said they all respected the Chair. “The productivity of this House has reached a new high under the current Speaker and we acknowledge this. But whatever is happening in the House is due to the stubbornness of the government,” he said.

Joshi intervened as Chowdhury was speaking, saying, “Do you think the behaviour of your MPs was appropriate? Tearing papers and throwing them at the Speaker, Treasury benches and media gallery… is it the way to behave?”

Congress MPs stood up to protest, saying Chowdhury should be allowed to complete his speech. The House then plunged into pandemonium again, leading to adjournment. Although some BJP MPs had sought action against the Congress and Left MPs over their actions, the Speaker had only summoned them to his chamber and warned them.

Meanwhile, the government pushed the Airports Economic Regulatory Authority of India (Amendment) Bill and the Inland Vessels Bill through the Lok Sabha without discussion, within half-an-hour of each other.

Union Minister for Civil Aviation Jyotiraditya Scindia introduced the amendment Bill that will essentially alter the definition of a “major airport”. Union Minister for Ports, Shipping and Waterways Sarbananda Sonowal moved the other Bill, which seeks to bring a uniform regulatory framework for inland vessel navigation across the country.