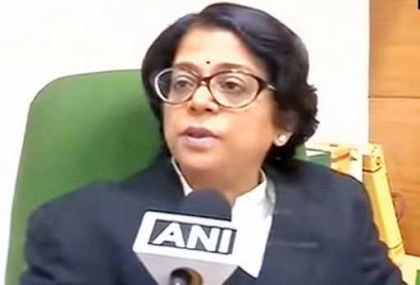 Supreme Court judge Indu Malhotra was on Thursday appointed as a new member of the in-house inquiry panel set up to examine the allegations of sexual harassment against Chief Justice of India Ranjan Gogoi, following the recusal of Justice N V Ramana.

Justice S A Bobde, who is heading the inquiry panel and is the senior-most judge after the CJI, has appointed Justice Malhotra to the committee. Justice Indira Banerjee is also part of the panel.

“I have been given the power to constitute or re-constitute the panel and conduct the inquiry,” Justice Bobde told PTI.

“I have inducted a new member and this will be sent to the full court for approval,” he said.

Justice Bobde said that first sitting of the panel will be held on Friday as per schedule.

“We are going to have our first sitting as scheduled on Friday. The notice which was sent to the woman employee on Tuesday remains and there is no need to issue a fresh notice,” he said.

The development assumes significance as the former woman employee of the apex court had written a letter on Wednesday to the panel expressing reservation over the inclusion of Justice Ramana on the ground that he is a close friend of the CJI and a regular visitor to his house.

In a letter to Justice Bobde, she had also raised question over the presence of only one woman apex court judge — Banerjee — in the panel to examine her allegations against the CJI which according to her is not in accordance with the Vishaka Guidelines.

During the day, Justice Ramana recused himself from the panel by writing a letter to Justice Bobde.

“Let me at the outset state that I recuse myself from the above referenced matter. I was asked to be a part of the said committee by your Lordship which was duly approved by the full court.

“This involves an extraordinary obligation which ought not to be avoided unless there are extreme circumstances. I set forth, in brief, a broad outline of my reasons for recusing from this committee,” Justice Ramana said in his letter to Justice Bobde.

In his letter, Justice Ramana rejected the ‘baseless and unfounded aspersions’ cast on him by the woman who had said that he was a close friend on the CJI and like a family member to him.

“I categorically reject these baseless and unfounded aspersions on my capacity to render impartial judgment in this matter, in consonance with the best traditions of judicial propriety and the integrity of this honourable court,” he said.

“Let my recusal be a clear message to the nation that there should be no fears about probity in our institution, and that we will not refrain from going to any extent to protect the trust reposed in us. That is, after all, our final source of moral strength,” he wrote in his letter.