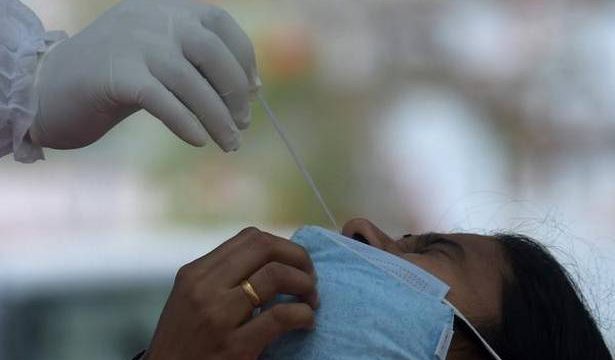 The current ease of restrictions is applicable only in localities where the average test positivity rate is less than 15%.

Kerala dialled down COVID-19 curbs on retail for three days from Sunday in view of Bakrid on July 20.

The police fanned out in strength across the State to enforce the mask and physical distance mandate. They also warned traders against allowing crowding in stores and marketplaces.

The spectre of a third-wave loomed as the government relaxed its grip on business, mobility and social life for 72 hours.

The administration is also worried that the average TPR remained unrelentingly above 10% even as it ramped up testing and vaccination.

Kerala has requested the Centre for at least 60 lakh vaccination doses in the next 45 days.

The zika outbreak in the State capital in Thiruvananthapuram has also kept the district administration on its toes. The government has intensified the vector control drive across the State.

The three-day slackening of pandemic regulations caused festival shoppers to trickle into textile, footwear and fancy stores that had opened for business on the weekend after a hiatus of 71 days.

The second COVID-19 wave had hit Kerala somewhat belatedly, forcing the government to re-impose COVID-19 regulations on May 8.

The current ease of restrictions is applicable only in localities where the average test positivity rate is less than 15%. In areas where the spread is higher than the safety threshold of 15%, the relaxations will kick in only for one day on Bakrid eve on Monday.

Jewellery showrooms, home appliance showrooms and stores selling electronic goods also opened at 7 a.m. to admit customers. All establishments have to close at 8 p.m. before the State-wide night curfew starts an hour later.

Managements limited the number of worshippers at a time to less than 40. Mosques insisted that worshippers bring their prayer mats, rinse in running water, observe physical distance and wear masks.

Beauty parlours and barbershops can now function on alternate weekdays in localities where the average TPR is less than 10%. However, the government has allowed them to admit customers between 7 a.m. and 8 p.m. on all days in the run-up to Bakrid.

The government has also allowed cinema and television serial shooting in localities where the average TPR is below 15%. However, artists and crew should have received at least one COVID-19 vaccine dose.

Producers should ensure the mask mandate and physical distance rule at filming locations.

The government has also allowed engineering colleges and polytechnic hostels to admit students preparing for their semester examinations.

The ease of restrictions has drawn criticism from the national leadership of the Indian National Congress (INC). INC spokesperson Abhisekh Singhvi tweeted: "Deplorable act by Kerala Govt to provide 3 days relaxations for Bakra eid celebrations especially because it’s one of the hot beds for Covid-19 at present. If Kanwar Yatra is wrong, so is Bakra Eid public celebrations."