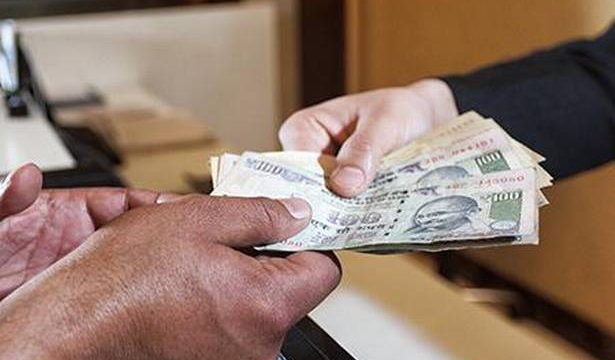 The Centre’s gesture is for showing progress in implementing four key institutional reforms, including seeding of ration cards with Aadhaar. The State can now take loans above ₹1 lakh crore

Reeling under financial crisis due to the COVID-19 pandemic, Kerala has got a breather with the Centre increasing the borrowing limit for the State from 3% to 5% of the Gross State Domestic Product (GSDP).

The Centre’s gesture is for showing progress in implementing four key institutional reforms, including seeding of ration cards with Aadhaar. Along with Kerala, Goa and Uttarakhand, which have implemented all four required reform measures, and Andhra Pradesh, Odisha, Madhya Pradesh and Telangana, which have implemented three measures, will benefit. The borrowing limit of all other States is 4% of the GSDP.

These six States can take loans above ₹1 lakh crore. But, the borrowed fund can be used by these States for any development projects, except Atma Nirbhar Bharat. The enhanced borrowing limit would allow Kerala to borrow an additional amount above ₹18,087 crore.

Implementing nationalised ration card scheme, removing government discretion for ease of doing business by making renewal of licences under 12 commercial laws digital and bringing in a randomised process for selecting factories for inspection, minimum floor rate by urban local bodies for property and sewerage tax and rationalising electricity subsidy through DBT to farmers are the reform measures.

In January, the Finance Ministry had enhanced Kerala’s borrowing limit by ₹2,261 crore, after the State joined seven others in completing reforms to improve the ease of doing business as stipulated by the Centre.

Kerala Finance Minister K. N. Balagopal is to raise the States’ demand for extending the Goods and Service Tax (GST) compensation shortfall for another five years at the GST Council meeting on Saturday to take a call on reducing the GST for COVID vaccine.

Meanwhile, Kerala has also received ₹1,657.58 crore as the third instalment of Post Devolution Revenue Deficit (PDRD) Grant of ₹9,871 crore for 2021-22 released to 17 States by the Department of Expenditure.

With the release of the third instalment, a total amount of ₹29, 613 crore has been released in the first three months of the current financial year as PDRD Grant.

The grants are released as per the recommendations of the 15th Finance Commission to meet the gap in Revenue Accounts of the States post devolution. It had recommended a total PDRD Grant of ₹1,18,452 crore to 17 States in 2021-22 in 12 instalments. With ₹ 1,657.58 crore as the third instalment for June, Kerala has so far receieved ₹ 4,972.74 crore in April-June 2021this fiscal.