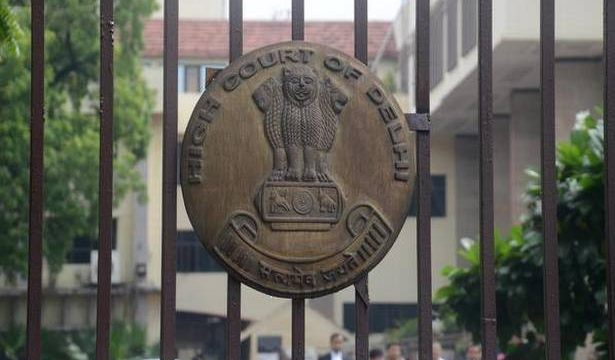 The petitions before the Delhi High Court asking for marital rape to be criminalised are an outcome of the government’s refusal to pay heed to the landmark report by the Justice J. S. Verma Committee, constituted in the aftermath of the horrific Nirbhaya gang rape in 2012. Though the government has said on multiple occasions that such a move will threaten the institution of marriage, experts say recent judgments, including on the right to privacy, have rendered this argument untenable.

The Delhi High Court is hearing a clutch of petitions challenging the exception to Section 375 of the Indian Penal Code, which exempts forceful sexual intercourse by a man with his own wife from the offence of rape, provided the wife is above 15 years of age, also known as the “marital rape exception”. The petitioners include the RIT Foundation, the All India Democratic Women’s Association (AIDWA), and a survivor of marital rape.

A week after the gang rape of a paramedic student on December 16, 2012 that led to nationwide protests, the then United Progressive Alliance (UPA) government formed a panel led by Justice (Retd.) J. S. Verma to propose “possible amendments to the Criminal Law to provide for quicker trial and enhanced punishment for criminals committing sexual assaults of extreme nature against women”. The Commission received 80,000 suggestions and finalised its 644-page report, considered to be a historic document, within 29 days, and recommended sweeping changes. While some of its recommendations helped shape the Criminal Law (Amendment) Act passed in 2013, its most radical suggestions, including on marital rape, were swept under the carpet.

The Verma panel proposed that “the exception for marital rape be removed" and the law must “specify that a marital or other relationship between the perpetrator or victim is not a valid defence against the crimes of rape or sexual violation”.

Despite assurances from the then Finance Minister P. Chidambaram that all the recommendations of the J. S. Verma panel had been accepted, the Act first promulgated as an Ordinance did not mention striking down of the marital rape exception. A Parliamentary Standing Committee on Home Affairs headed by Venkaiah Naidu too said, “the entire family system will be under great stress” should marital rape be criminalised.

By 2016, though the Union government had changed, the stance on marital rape remained the same. In March 2016, while responding to a question in the Rajya Sabha, then Women and Child Development Minister Maneka Gandhi cited from the Parliamentary panel report and added that if there were a high volume of complaints on marital rape, the Ministry could consider criminalising marital rape.

When the Delhi High Court was hearing three petitions in August 2017, the government in its affidavit submitted that it had to be ensured marital rape did not become a phenomenon that destabilises the institution of marriage and “an easy tool for harassing the husbands”. It added, "What may appear to be marital rape to an individual wife, it may not appear so to others.”

However, much water has flown under the bridge since these pronouncements. Legal experts say recent judgments puncture the government’s defence. These include the Independent Thought vs. Union of India verdict of October 2017, in which the Supreme Court criminalised rape with a minor wife, as well as the Justice K.S. Puttaswamy vs. Union of India (September 2018) case, where the apex court unanimously recognised the fundamental right to privacy of every individual guaranteed by the Constitution.

“The argument that criminalising rape within marriage will upset the institution of marriage is difficult to justify, particularly because of recent jurisprudence of the Supreme Court on fundamental rights. In the case of Independent Thought, the SC struck down the marital rape exception for wives who are minors. I think the logic of striking it down ought to extend to adult women as well,” Rahul Narayan, the counsel for AIDWA, said.

Arguing for RIT and AIDWA before the High Court recently, advocate Karuna Nundy cited from the Puttaswamy case that “privacy must not be a cover to conceal patriarchal mindsets”.

Another important judgment providing relief is the Joseph Shine vs. Union of India case of October 2018, where a five-judge Bench of the SC struck down adultery as a crime.

“Joseph Shine was sought to be defended also on similar grounds. The simple fact is that it is no longer assumed that the wife surrenders her personhood and rights when she enters into a marital relationship. It seems absurd to suggest that marriage can imply a universal irrevocable consent for sex and that without this, marriage cannot survive,” explains Mr Narayan.

It is pertinent to note here that the origin of the marital rape exception lies in the influential treatise on criminal law of England called the ‘History of the Pleas of the Crown’ in which the then British Chief Justice, Matthew Hale, pronounced in 1736, “The husband cannot be guilty of rape committed by himself upon his lawful wife, for by their mutual matrimonial consent and contract the wife hath given herself up in this kind unto her husband which she cannot retract.” This immunity has since been withdrawn in several jurisdictions, including in England, where the House of Lords in 1991 held marriage to be a partnership of equals, and no longer one in which the wife must be a “subservient chattel of the husband”.

According to the World Bank, there are at least 78 countries, including Nepal, that have legislation specifically criminalising marital rape.