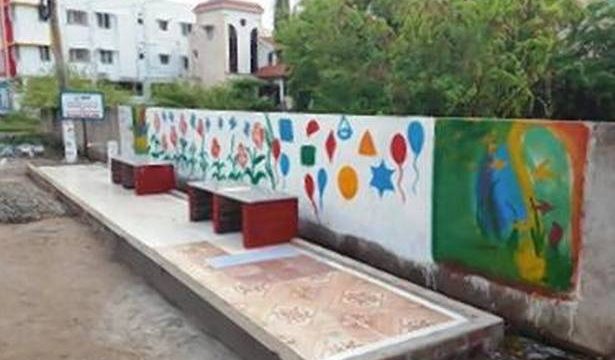 In the last four years, BKR Residents Welfare Association at Sunnambu Kolathur in Kovilambakkam Panchayat has gone all-out to check the spread of mosquito-borne diseases at Bakyalakshmi Nagar, Krishna Nagar and Raja Nagar, which are together known as ‘BKR’.

Dissatified with the fogging operations of the Panchayat as it was not carried out frequently, the Association was forced to take up larvicide exercise in 2017, spending out of its pockets for the purchase of a fogging machine.

“Until five years ago, mosquito-borne diseases were rampant in our colony, especially during monsoon, as water remained stagnant in many vacant plots. The Panchayat did not spray the insectide every day. Each time, we had to call them to carry out fogging. We clearly saw that the exercise needed to be ramped up to keep the vector-borne diseases under check. Hence, the Association decided to own a fogging machine. It cost us ₹49,000. And for spraying the entire colony per day, it will cost around ₹600, which includes the cost of pesticides, fuel for the machine, and wages for the workers. As cases of mosquito-borne diseases have dropped drastically, the expenditure is clearly well worth it. We carry out the spraying exercise on a regular basis, say continuously for 10 days. Then again after a few days, we resume it,” says G. Venkataramesh Kumar, the Association president.

Before buying the fogging machine, the Association took steps to prevent dumping of waste in the colony near the intersection of Second Street and Third Street in Bakyalakshmi Nagar.

“With shortage of hands, the Panchayat was not able to render a thorough service in clearing garbage. Waste was not cleared every day and it led to pile-ups near the intersection of Second Street and Third Street in Bakyalakshmi Nagar. Hence, like many other Associations, we have also hired a private agency. The workers go from door to door and collect waste. Now, the spot near the junction is clean and the Association has beautified it with wall paintings; even benches have been come up,” says Venkataramesh.