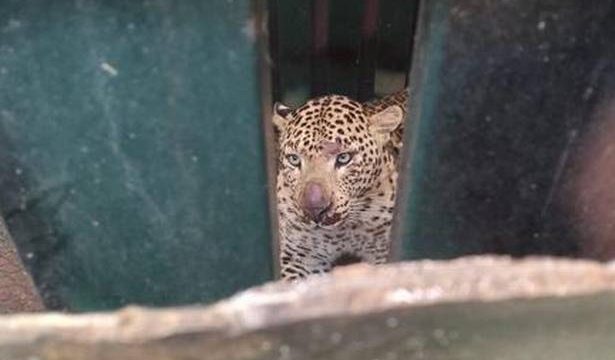 A four-year-old male leopard was found trapped in a cage placed in a quarry at Kurubarahundi village in Talavadi Forest Range in Sathyamangalam Tiger Reserve (STR) on Tuesday.

With many incidents of cattle kills by leopards reported in the villages located in the Tamil Nadu – Karnataka border in the last one year, the Forest Department placed a cage two months ago in a defunct quarry that was suspected to be used by leopards as a hideout to enter the village and hunt prey.

Officials said that the leopard would be released in a forest area in Bhavanisagar Range in Sathyamangalam Division later in the evening.