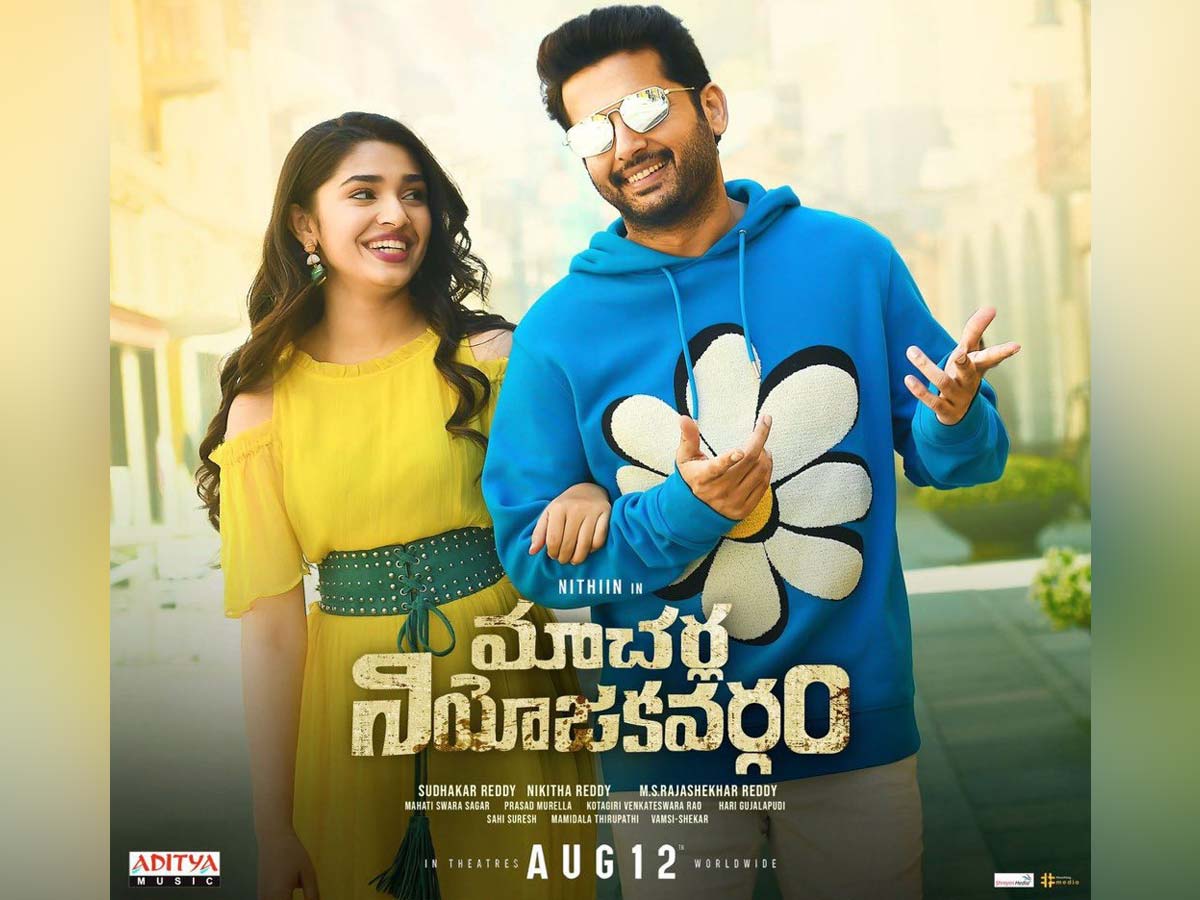 Story: Siddharth Reddy (Nithiin)  gets a posting as a district collector for the Guntur district in Andhra Pradesh. One day, he meets Krithi Shetty and falls for her. But she leaves for Macherla suddently. Siddharth follows her, come to known about  Rajappa (Samuthirakani), a local rowdy and politician who ruthlessly holds Macherla under his control. How Siddharth Reddy successfully conducts the elections in Macherla, form rest of the story of this film.

Performance: Nithiin is playing the role of IPS officer; he does justice to his role. He tried a mass look for Macherla but the energy that we find in his acting goes missing here.  Though he utters heavy dialogues, but the ferociousness on his face is missing. His intense face-off scenes with Samuthirakani are just ok. Krithi Shetty looks cute and she is one who has some connection with the main plot. Catherine Tresa has  little to do in the film. Samuthirakani is alright as a goon. Rest of the cast of  Macherla Niyojakavargam including Brahmaji, Murali Sharma, Rajendra Prasad, Subhaleka Sudhakar, Shyamala perform accordingly.

Technical: The film is lavishly made. The production values are top class. The visual effects, cinematography, and production design are the major strengths of this film Macherla Niyojakavargam . The technicians have delivered the best.  The election campaign scenes are shot well. The songs specially Ra Ra Reddy, are good. The BGM by Mahati Sagar is of decent quality. The story  of Macherla Niyojakavargam  is routine and the screenplay is very predictable.  Coming on the work of director, he  used Vennela Kishore to run the first half without any lag.  The second half of the film has non-stop action episodes.

Analysis: Macherla Niyojakavargam  is about the face-off between the hero and the villain.