The main contestants for the bypoll are senior Congress leader Kantilal Bhuria and BJP's Bhanu Bhuria, who is making his electoral debut. 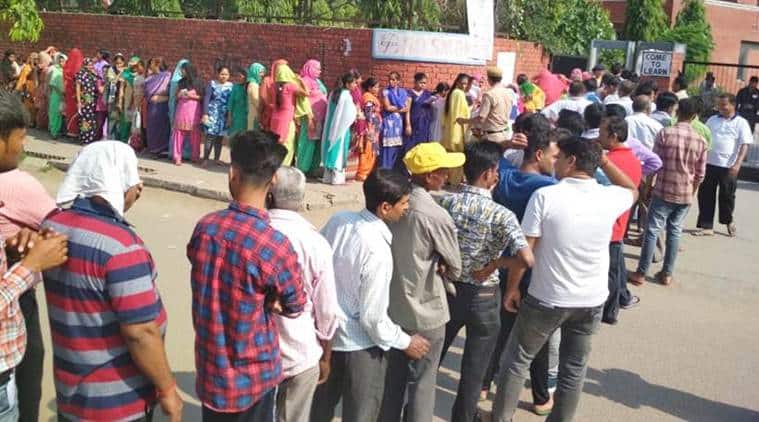 The voting, which started at 7 am across 356 booths, will end at 5 pm, an official said. (File photo)

Polling began on Monday for the by-election to Madhya Pradesh’s Jhabua Assembly seat.

The voting, which started at 7 am across 356 booths, will end at 5 pm, an official said.

The ruling Congress in the state is making all efforts to wrest the tribal-dominated seat from the opposition BJP.

Later, Damor contested the Lok Sabha election from Ratlam seat where he defeated Vikrant Bhuria’s father Kantilal Bhuria. He subsequently resigned as MLA from Jhabua, which necessitated the by-election.

The main contestants for the bypoll are senior Congress leader Kantilal Bhuria and BJP’s Bhanu Bhuria, who is making his electoral debut.

The constituency has 2.77 lakh voters, including three from the third gender, the official said.

Four companies each of the Central Industrial Security Force (CISF) and State Armed Forces (SAF), besides 600 police personnel from other districts have been deployed at the polling booths, he said.

The CISF personnel have been deployed at 61 booths declared critical by the Election Commission, he added.

The Congress, which enjoys a slim majority in the Assembly, is trying its best to wrest the seat from the BJP.

During the campaigning, the BJP attacked Kantilal Bhuria and the Congress, saying they did nothing in terms of development of the region in the last three decades.

However, Congress general secretary Jyotiraditya Scindia stayed away from campaigning.

For latest coverage on Haryana and Maharashtra Elections, log on to IndianExpress.com. We bring you the fastest assembly election 2019 updates from each constituency in both the states.

People entering A.P. by road to be tested for COVID-19