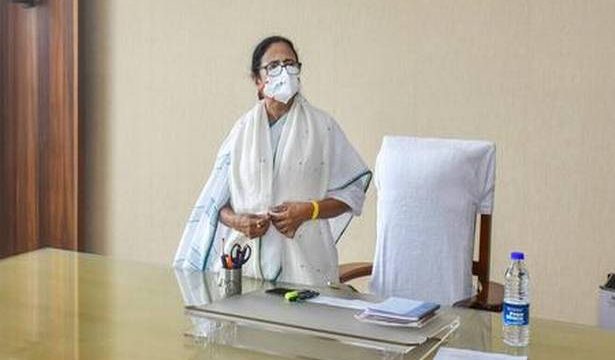 The Chief Minister will also be in charge of Land and Land Reforms, Information and Cultural Affairs and North Bengal Development departments.

West Bengal Chief Minister Mamata Banerjee has kept the crucial departments of Home and Health Department in the allocation of portfolios after 43 Ministers were sworn in to the State’s Council of Ministers earlier on Monday. Along with these two crucial portfolios, Ms. Banerjee will also be in charge of Land and Land Reforms, Information and Cultural Affairs and North Bengal Development departments.

In another significant development Suvendu Adhikari, Bharatiya Janata Party (BJP) MLA from Nandigram was elected Leader of Opposition in the Assembly. The announcement was made by Union Minister for Law and Justice Ravi Shankar Prasad at a meeting of the BJP MLAs.

After 43 Ministers were sworn in earlier in the day at the Raj Bhavan, Ms. Banerjee announced that two new Ministers Asima Patra and Partha Bhowmick will be sworn in later.

Later in the day the Chief Minister held a meeting with representatives of different religious groups and urged them to take steps to contain the COVID-19 surge. Ms. Banerjee welcomed the initiative of Imams of Kolkata not to hold prayers at Red Road on the occasion of upcoming Eid-ul-Fitr this year because of outbreak of pandemic.