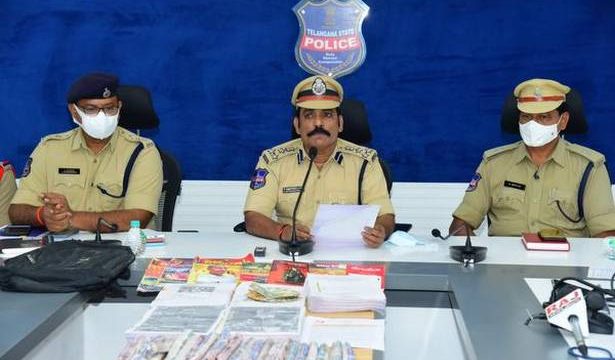 A 40-year-old bike-borne man, who was allegedly heading to Chhattisgarh to join the Maoist ranks, apparently influenced by Maoist ideology through social media platforms, was arrested by police at Laxmidevipalli village in Gangadhara mandal on Monday.

The police identified the arrested person as Malyala Suresh, a painter and a native of Kondayapalli in Karimnagar district’s Gangadhara mandal. As many as 26 slurry (explosives), four electric detonators, a motorcycle and a mobile phone were seized from his possession, police said.

According to the police, Suresh allegedly came in contact with Aman Chandar Rao, secretary, ‘Maoist-Leninist Adyayana Kendram’, Berhampur in Odisha through Facebook in 2020. He remained in constant touch with Chandar Rao through messaging platforms such as WhatsApp and the latter, in turn, introduced him to K Nagabhushanam of Gangeda village and D Gopal of Muduchittempalli village in Vikarabad district, police added. A few months later, Suresh attended a meeting of the outlawed CPI (Maoist) senior leaders held in the forests of Chhattisgarh and brought with him Maoist literature.

Through WhatsApp, Suresh allegedly sent the Aadhaar card of P Ravi of Aswapuram of old undivided Khammam district to Manuguru dalam commander Kakarla Ravi for aiding his entry into the outlawed organisation, police said. Police said Suresh was apprehended while heading on his bike with explosive materials and revolutionary literature to join the Maoist armed squads to some undisclosed destination in Chhattisgarh.

Meanwhile, in a statement Karimnagar Police Commissioner V Satyanarayana said the attempts by Maoists to “mislead” and “attract” gullible youth into the outlawed organisation will be curbed. “There is no Maoist activity in the State,” he said.