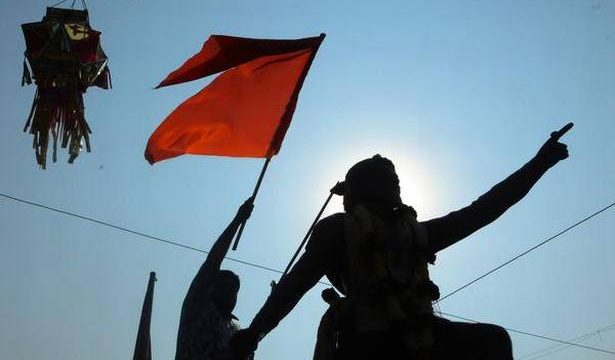 Here is a look at the chronology of the events surrounding the Maratha quota law.

The five-judge Constitution Bench of Supreme Court on Wednesday declared the Maratha quota law as unconstitutional. The Bench unanimously agreed that there was no need to re-visit the 1992 Indira Sawhney judgment which fixed the reservation limit at 50%. It held that a separate reservation for the Maratha community violates Articles 14 (right to equality) 21 (due process of law).

1997: First major Maratha agitation for reservation in government jobs and educational institutions was organised by the Maratha Mahasangh and the Maratha Seva Sangh. The agitators said that Marathas were not upper caste people but essentially Kunbis, the name that has been in use in western part to identify members of agrarian communities.

2009-14: Political parties, organisations come out in support of the demand for reservation to the Marathas.

Also read | The Hindu Explains: Why does the Supreme Court think the Mandal verdict should be referred to a larger Bench?

June 25, 2014: The Congress-Nationalist Congress Party Democratic Front government then headed by Prithviraj Chavan, approves a proposal to reserve 16% of government jobs and seats in educational institutions for Marathas and 5% for Muslims.

November 14, 2014: Bombay High Court stays the decision of the previous Democratic Front government to provide 16 per cent reservations to Marathas in government jobs and educational institutions.

December 5, 2016: Maharashtra government files an affidavit to justify the reservation for Marathas as legal and that it did not violate constitutional provisions.

December 14, 2016: Maratha morcha held in Nagpur when the winter session of Maharashtra legislature was in progress.

July 23, 2018: CM cancels trip to Pandharpur, says his government supports demand for reservation to Maratha but ball in court.

Also read | The Hindu Explains: Why are the Marathas so restive?

November 15, 2018: Commission submits its report to the Maharashtra government.

November 30, 2018: Maharashtra legislature passes a bill proposing 16% reservation in education and government jobs for Maratha community, declared as socially and educationally backward class by the government.

December 3, 2018: Bunch of petitions filed in Bombay High Court challenging the quota decision, and terms it as violative of the Supreme Court orders which says that reservation in any state should not exceed over 50%.

January 18, 2019: Maharashtra government files affidavit, standing by its decision to grant reservation to the Maratha community, and says it was meant to alleviate the “socially and economically” backward class.

February 6, 2019: A division bench of Justices Ranjit More and Bharati Dangre commences final hearing into all petitions pertaining to the Maratha reservation issue.

June 27, 2019: HC upholds constitutional validity of reservation for the Maratha community, but asks the government to reduce it from 16% to 12 to 13% , as recommended by the State Backward Classes Commission.

July 2019: Appeals were filed before the Supreme Court against the HC verdict.

September 9, 2020: SC refers the case to larger bench on whether State has power to declare a class socially and economically backward.

May 5, 2021: Supreme Court holds Maratha reservation unconstitutional and strikes down the law.