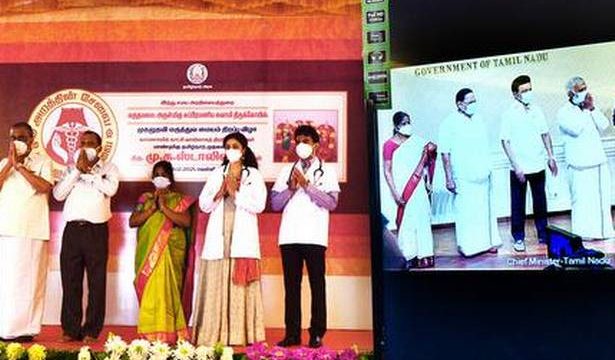 Chief Minister M.K. Stalin on Friday virtually inaugurated a first aid centre on the premises of the Subramaniyaswami Temple in Maruthamalai to cater to the devotees visiting the temple.

He inaugurated the centre through videoconferencing from the Secretariat in the presence of Minister for Water Resources Duraimurugan and Minister for Hindu Religious and Charitable Endowments P.K. Sekarbabu. At Maruthamalai, District Collector G.S. Sameeran, Coimbatore MP P.R. Natarajan, HR&CE Joint Commissioner for Coimbatore Zone R. Senthilvelavan and HR&CE Assistant Commissioner for the temple K. Vimala were present during the inauguration.

Officials from the HR&CE Department said that 10 temples have been chosen across the State for the initiative, among which Subramaniyaswami Temple is the only temple from Coimbatore district. With four beds, the first aid centre will be located next to the stairway that leads to the temple from the vehicle parking area.

Minor health issues such as giddiness or small injuries faced by devotees visiting the temple will be treated at the facility, the officials said. There will be two doctors, two nurses and two attenders at the centre and they will work in two shifts in mornings and evenings. The temple will soon get its own ambulance to shift patients to hospitals from the centre, they said.