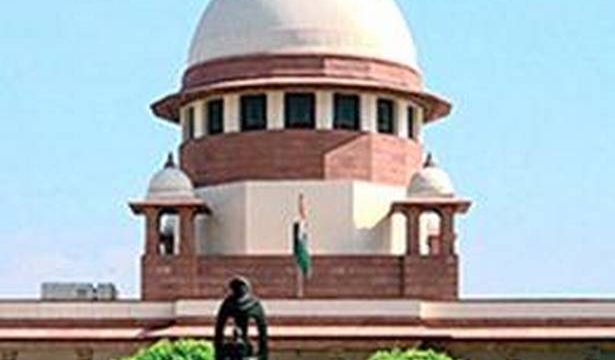 Many States announce restrictions as infections continue to rise

India reported 37,379 cases of COVID-19 in the past 24 hours, according to the data updated at 8 a.m. on Tuesday by the Union Health Ministry. The cumulative Omicron tally rose to 1,892 cases as reported from 23 States and Union Territories so far. Of these, 766 cases have recovered or migrated, according to the update. Maharashtra has recorded the highest number of Omicron cases (568), followed by Delhi (382), Kerala (185), Rajasthan (174), Gujarat (152) and Tamil Nadu (121). The active cases rose to 1,71,830 and the cumulative toll to 4,82,017, with 124 more fatalities reported in the past 24 hours. As the cases continue to rise, more States are bringing in restrictions on movement and public gatherings as well as night curfew, to keep a handle on the transmission.

Encounter breaks out in J&K’s Pulwama

An encounter broke out between militants and security forces in Pulwama district of Jammu and Kashmir on Wednesday, January 5, 2022, police said.

A three-judge Special Bench led by Justice D.Y. Chandrachud is scheduled to hear on Wednesday a case raising questions on the ₹8-lakh annual income limit criterion fixed to identify the economically weaker sections (EWS) of society for extending reservation benefits. The development came hours after Chief Justice of India (CJI) N.V. Ramana on Tuesday agreed to adjust the various combinations of the court’s Benches, fixed for the week, to accommodate the case. The other two judges on the Special Bench are Justices Surya Kant and A.S. Bopanna.

The Centre wants the States to share more intelligence inputs through the Multi Agency Centre (MAC), a common counter-terrorism grid under the Intelligence Bureau (IB) that was made operational in 2001 post-Kargil war. At a high-level meet on Monday, Union Home Minister Amit Shah asked the Directors General of Police to share adequate information and actionable inputs through the MAC.

The Health Ministry has asked States to take preparatory measures with top priority and regular monitoring in the light of the increased COVID-19 cases. In a letter on Tuesday, it said the States are expected to have begun work for re-establishment of field/makeshift hospital facilities and re-purpose the beds in public and private hospitals to ensure maximum preparedness against another potential surge in cases.

The Indian Women’s Press Corps on Tuesday termed the ‘Bulli Bai’ app "a well-planned conspiracy" to persecute the minority and promote gender-based violence and it hoped the government will take "strong steps" to stop the "auction of women’s respect on the Internet". In a statement, it also thanked the Mumbai police for taking "a prompt action" in the case by arresting two accused.

Soaring Omicron could lead to more dangerous variants, WHO warns

Soaring Omicron cases around the globe could increase the risk of a newer, more dangerous variant emerging, the World Health Organisation in Europe warned on Tuesday. While the variant is spreading like wildfire around the world, it appears to be far less severe than initially feared and has raised hopes that the pandemic could be overcome and life return to more normality. But WHO senior emergencies officer Catherine Smallwood sounded an ominous note of caution, telling AFP that the soaring infection rates could have the opposite effect.

The Election Commission of India on Tuesday held a meeting to discuss the Assembly elections due in five States amid rising COVID-19 cases across the country. According to officials, it was a routine meeting of the three-member commission, which last week completed visits to four of the five States headed that will go to the polls. It was yet to announce any further restrictions on campaigning. According to sources, the poll panel will hold a virtual meeting with top officials and representatives of political parties from Manipur today.

Kicking off the BJP’s campaign in poll-bound Manipur, Prime Minister Narendra Modi on Tuesday made a pitch for oil palm plantations while envisaging the northeast as the driver of India’s growth story. Mr Modi said previous governments had neglected the region and alienated its people until New Delhi was brought to the doorsteps of Manipur and the rest of the northeast after he became the Prime Minister in 2014.

Sharpening his attack on the Samajwadi Party (SP), Uttar Pradesh Chief Minister Yogi Adityanath said on Tuesday, in a reference to SP chief Akhilesh Yadav’s recent comments, that those who were getting Lord Krishna in their dreams were forgetting that they had nurtured the demon Kansa in the past. “Those who fired at Ram bhakts are now promising to build the Ram temple in record time. They are putting chameleons to shame in changing colours,” he said.

Denial of FCRA license to Missionaries of Charity challenged

A U.S.-incorporated organisation, Global Peace Initiative, and its founder, evangelist K.A. Paul, have approached the Supreme Court challenging the refusal of the government to renew the registration of Mother Teresa’s Missionaries of Charity under the Foreign Contribution Regulation Act (FCRA).

South Africa’s former president Jacob Zuma along with Indian-origin Gupta brothers, who had "considerable" influence over him, misappropriated huge amount of public money, including diverting millions of rands to enrich the now defunct The New Age newspaper, according to a probe report on corruption during Mr. Zuma’s tenure from 2009 to 2018.

The former Chargé d’Affaires at the U.S. Embassy in New Delhi, Atul Keshap, has been appointed president of the U.S.-India Business Council (USIBC), an industry body, according to a statement from its parent organisation, the U.S. Chamber of Commerce. He will replace Nisha Biswal, who has been appointed the U.S. Chamber of Commerce’s Senior Vice President of International Strategy and Global Initiatives and South Asia. “With the two countries on the cusp of entering an even more robust era in our strategic partnership, I feel privileged and honored to lead USIBC,” Mr. Keshap said about his appointment.

India splurged a record $55.7 billion on gold imports in 2021, buying more than double the previous year’s tonnage as a price drop favoured retail buyers and pent-up demand emerged for weddings that were delayed when the pandemic first hit. Details of the world’s second-biggest consuming nation’s soaring imports were disclosed to Reuters by a senior government official who requested anonymity. The 2021 gold import bill easily doubled the $22 billion spent in 2020, and surpassed the previous high, set in 2011, of $53.9 billion, according to the official, who tracks broad import trends.

A 30-year-old man was on Tuesday was lynched and the body set on fire allegedly by a group of people at a village in Simdega district of Jharkhand on the suspicion of felling trees for stealing wood, the police said. The charred body of Sanju Pradhan was recovered from the spot. The incident occurred barely a fortnight after the Jharkhand Assembly passed the Prevention of Mob Violence and Mob Lynching Bill, 2021, which aims at providing “effective protection” of constitutional rights and the prevention of mob violence in the State.

China’s President Xi Jinping on Tuesday signed an annual mobilisation order to mark the start of this year’s training for the Chinese military, with an emphasis on “combining training with combat operations”. The training mobilisation orders are issued by Mr. Xi, who also heads the Central Military Commission (CMC), usually in January and the mobilisation orders have in the past impacted how the People’s Liberation Army (PLA) carries out its exercises that often begin in the subsequent weeks following the order.

Tear gas fired as thousands in Sudan protest against military

Sudanese security forces fired tear gas on Tuesday at anti-coup protesters in Khartoum chanting slogans against the military following the resignation of the country’s civilian premier on Sunday, witnesses said. Protesters shouted “No, no to military rule” and called for the disbandment of Sudan’s ruling council headed by General Abdel Fattah al-Burhan, who led an October 25 coup that derailed a transition to civilian rule.

India tour of South Africa | It is my best figures, but my best is yet to come: Shardul

Shardul Thakur made history at the Wanderers on Tuesday. His seven for 61 is the best-ever figures by an Indian bowler against South Africa in Test cricket. After the second day’s play, a confident Shardul said, “It is my best figures. But my best is yet to come.” About his gameplan, Shardul said, “I wanted to keep coming hard at the batters. All I did was to hit the crack. There was an area from where the ball kicked up or kept low.”