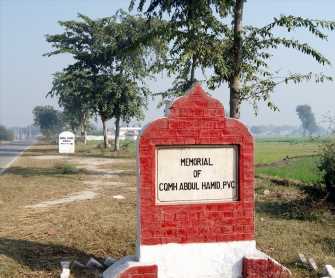 ‘Decades later, I realised not only how much the nation owed this great son of India, but also that my entire family was probably alive thanks to him…’ says Vijay Dandapani.

‘In the New Year, perhaps the best testament India and all Indians can offer the memory of this brave soul is a renewed commitment that ensures Indians from all faiths are recognised for their contributions on the battle front as well as on main street.’ 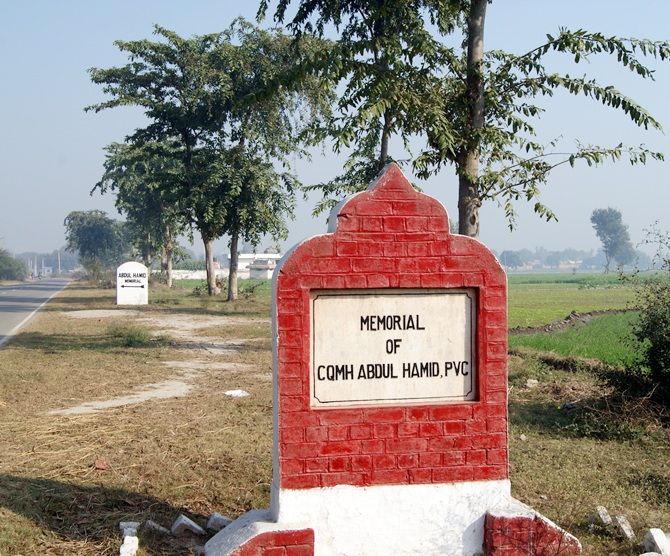 A mere 60 kilometers separates the tiny village of Asal Uttar from the Harmandir Sahib, Sikhism’s holiest shrine in Amritsar. The village itself is as unremarkable as the flat plains abutting state highway 21 that connects it to Amritsar, but just a couple of kilometers short of it lies a memorial to arguably India’s greatest military hero, Havildar Abdul Hamid.

Abdul Hamid’s name is reasonably well known in military circles, but despite a documentary that details his legendary and near superhuman acts of valour during the 1965 war and sporadic eulogies from presidents and politicians, his legacy remains largely unsung.

It was a trip down memory lane early last year that took me to Abdul Hamid’s shrine, built and maintained largely by the Indian Army.

In nearby Amritsar it was another day of ferocious air to ground attacks by F-86 Sabres on the beleaguered Indian Air Force unit commanded by my father. The unit was an early warning radar station that supplied critical advance information of enemy air raids deep into Indian territory.

As a child of nearly 8 years my memories of the daily onslaught revolve largely around the trench in the backyard of the family home in the cantonment area where we spent most of the day, our ears frequently battered by the sound of anti aircraft guns thundering at marauding enemy aircraft.

Although fierce ground battles were being fought less than an hour away, I had no idea that on the day of Abdul Hamid’s death we came within hours of being over-run by the Pakistani onslaught led by hundreds of redoubtable Patton tanks. 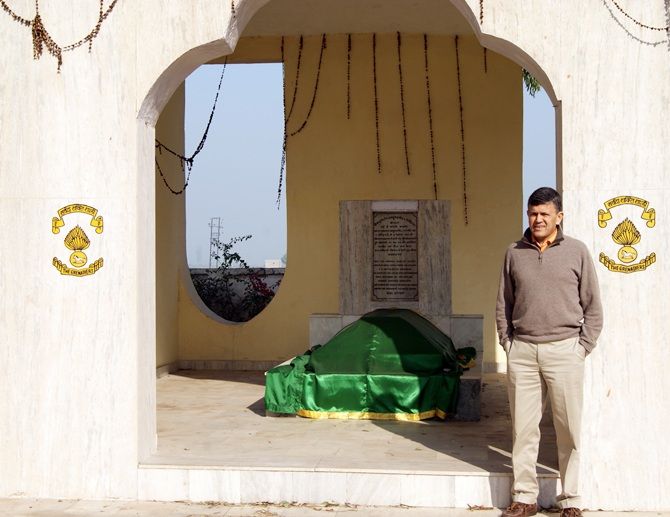 The strategy that led to the demise of the Pakistani advance was the brainchild of Brigadier Thomas Theograj and his two able deputies, Colonels Salim Caleb and Arun Vaidya who lured the tank formation into a marshy trap.

But it was Abdul Hamid who personally knocked out five tanks over two days, effectively derailing the enemy offensive.

After the war, before India relinquished captured territory as required by the Tashkent Agreement, I managed to get relatively close to the battle of Asal Uttar when I accompanied my father on a visit to the captured town of Dograi, just outside Lahore. However, Abdul Hamid’s memorial had not been built and his deeds had not yet garnered national attention.

Decades later, while going through the largely fragmented and contentious accounts of the war, I realised not only how much the nation owed this great son of India, but also that my entire family was probably alive thanks to him.

I then decided to visit the scene of the battle in 1965 and landed on a foggy January morning last year in Amritsar and drove over to Asal Uttar. A brick red roadside plaque with the words ‘Memorial of CQMH (Company Quarter Master Havildar) Abdul Hamid’ announces the location of the memorial.

Inside a walled-in area of a little over an acre of land, a pathway lined by shrubs and trees leads to the actual memorial that houses his grave. An inscription on a tablet solemnly attests to his having given his life defending ‘his motherland.’

Spurred by the visuals at the memorial, I sought to contact the family of the late Quarter Master. I found out that his widow, Rasoolan Bibi, lives near the Uttar Pradesh-Bihar border in Dulhapur village. I also put together a fund to help her out financially.

Last October my wife and made a trip to Dulhapur to see the war widow. Most of her affairs are handled by her young grandson, Jamil-Alam, a dapper young man who works for the railways, but is always available to take the frail yet sprightly lady outside the confines of her village on her not infrequent forays outside to see leaders including the President and prominent politicians.

The drive from Varanasi airport to Dulhapur is just over 70 km, but the poor condition of the road made it an arduous four hour long journey. The village, like in many other parts of UP, has Muslim enclaves, but Rasoolan Bibi lived in a mixed neighborhood in a modest two storeyed brick home with almost every neighbour aware of her hero husband’s deeds.

While sitting in her tiny living room with a large garlanded portrait of her husband and scores of photographs with national and state leaders, a striking fact emerged. This tiny, largely Muslim hamlet had sent many a son to fight for India after Partition including a younger brother of Abdul Hamid who fought in the 1971 war.

While the latter proudly recounted his brother’s valour to me I had to pry out details of his own highly praiseworthy effort.

On returning to New York while reflecting on my childhood in the services where festivals of all religions were celebrated with equal vigour, I wondered if those inclusive mores still persist.

The two major wars of 1965 and 1971 saw Muslim officers and men across ranks and services acquit themselves creditably in keeping with the traditions of the Indian armed forces giving the lie to the false narrative advanced prior to Partition: That their careers were best advanced by moving to Pakistan.

In the New Year, perhaps the best testament India and all Indians can offer to the memory of this brave soul is a renewed commitment that ensures Indians from all faiths are recognised for their contributions on the battle front as well as on main street.