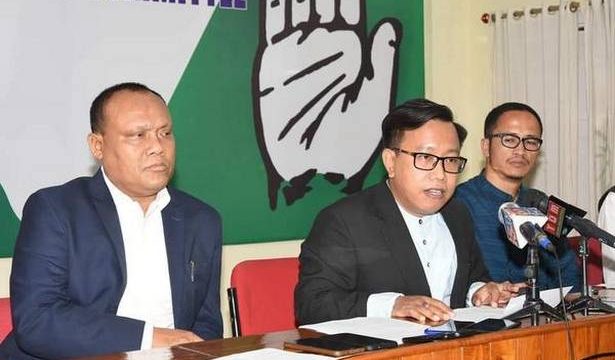 The Manipur unit of Congress has asked the BJP-led government to name the Ministers, MLAs and police officers who have nexus with drug dealers and kingpins of the illegal trade.

The demand was based on a statement by BJP legislator Lourembam Rameshwor, also Deputy Chairman of Manipur State Planning Board, that the drug menace can be overcome only if some Ministers, MLAs and police officers work with sincerity.

“The statement by the BJP legislator on a public platform on April 2 regarding the insincerity of some Ministers, MLAs and police officers in waging war on drugs questions the State government’s efforts to check the menace,” Congress spokesperson Ningombam Bupenda Meitei told journalists in Imphal.

“Given the situation, the government should come out with a list of lawmakers and police officers involved in drug-related crimes. If it cannot, the much-hyped war on drugs is a complete failure.”

Claiming that none of the current Congress MLAs are involved in drug-related crimes, Mr. Meitei pointed out that former Chief Minister Okram Ibobi Singh had, in order to clear the people’s doubts, handed over a drug seizure case to the CBI after one of his relatives was allegedly involved in it.

The party also asked why the BJP-led government was refusing to file an appeal in the High Court regarding a drug seizure case involving Lhukhosei Zou, a former autonomous district council chairman, while it legally pursues certain cases where the accused have already been acquitted.