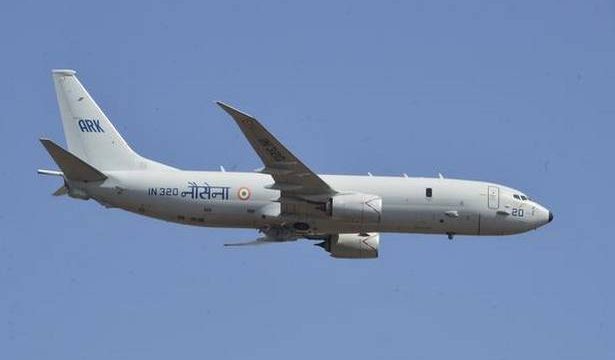 Australia, Japan and U.S. are also participating to showcase high levels of synergy

The Navy has deployed two ships and a P-8I long range maritime patrol aircraft for the France-led multi-lateral maritime exercise La Pérouse which began in the Eastern Indian Ocean on Monday. The exercise also includes other countries of the Quadrilateral grouping Australia, Japan and the U.S. with India participating for the first time.

Separately, a multinational military exercise Shantir Ogroshena 2021 began in Bangladesh on Sunday in which an Army contingent of 30 personnel is participating.

“The exercise will showcase high levels of synergy, coordination and inter-operability between the friendly navies. Participation by the Navy in the exercise demonstrates the shared values with friendly navies ensuring freedom of seas and commitment to an open, inclusive Indo-Pacific and a rules-based international order,” the Navy said in a statement on La Pérouse.

INS Satpura with an integral helicopter and INS Kiltan along with a P8I are participating in the exercise scheduled from April 5 to 7.

Ex Shantir Ogroshena is being held to commemorate the birth centenary of Bangladesh’s “Father of the Nation” Bangabandhu Sheikh Mujibur Rahman and mark 50 years of liberation.

The Army contingent of 30 personnel is participating along with the contingents of the Royal Bhutan Army, the Sri Lankan Army and the Bangladesh Army from April 4 to 12, a Defence Ministry statement said. In addition, military observers from the U.S., the U.K., Turkey, Saudi Arabia, Kuwait and Singapore are also in attendance.