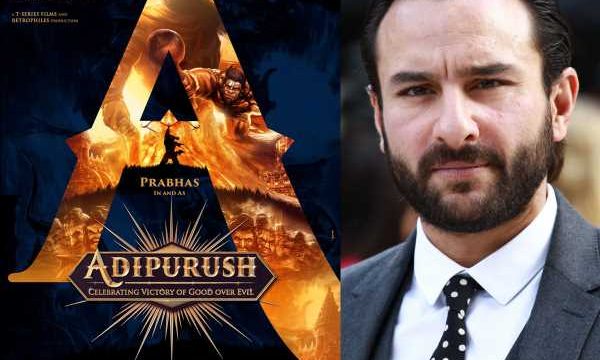 It is known that Bollywood actor  and Nawab Saif Ali Khan has been roped in an upcoming big budget film Adipurush in which he will play the role of Ravana- Lankesh.  The shoot of Adipurush is going on at the brisk pace under the direction of Om Raut of Tanhaji fame.

Prabhas is essaying the lead role of Lord Rama and Kriti Sanon is playing Goddess Sita whereas Sunny Singh is portraying the role of  Laxman.  Recently during the media interaction, Saif Ali Khan said that Adipurush is made on a big budget and the filmmaker Om Raut has no intentions to release it on OTT.

According to Saif Ali Khan, Adipurush is a big-ticket movie with unprecedented visual effects and grandeur. This film can not be released anywhere except in theatres/Cinema Halls.  The actor added that even director Om Raut won’t compromise by releasing the upcoming film on the OTT platform. Saif also compared the director  Om Raut with K Asif of Mughal-e-Azam by saying that the director is K Asif reborn. He is offering something yet unseen to the movie lovers.

Currently Saif Ali Khan is enjoying the success of the horror and comedy movie Bhoot Police, the film that stars Arjun Kapoor, Yami Gautam, and  Srilankan beautyJacqueline Fernandez. The movie has received a lot of praise from audiences.