Farmers at the village of Shivani, in North Solapur taluka of Solapur district, narrated how the floodwater damaged crops of sugarcane, onion and soyabean. 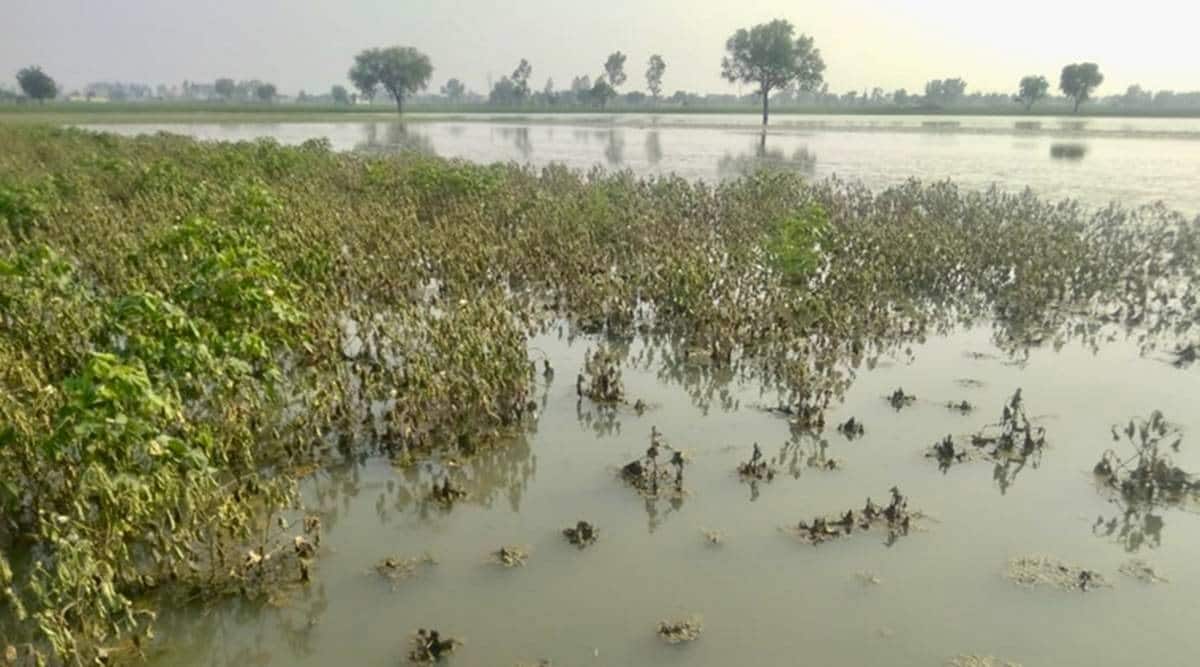 Standing crop on over 8.95 lakh hectares is estimated to have been affected due to the heavy rain and consequent flooding in the state in the last few days.

﻿In the districts hit the most — Solapur, Pune, Satara and Osmanabad among others — farmers were either harvesting or had already harvested their crop like soyabean and onions.﻿ Sugarcane growers in the area were ready for the 2020-21 crushing season, which is scheduled to start from October 15.

Farmers at the village of Shivani, in North Solapur taluka of Solapur district, narrated how the floodwater damaged crops of sugarcane, onion and soyabean.

Aakash Chatake, a farmer from the village whose 10 acres of sugarcane and onion were submerged by floodwater, said water from Sina river had flown 1.5 km beyond the river bank. “More than 1,000 acres of crop from this village has been damaged,” he said.

The main reason for the flood, said Chatake, was the sudden opening of Kolewadi dam, which released water into Sina river. “Usually, the excess water of Sina drains into Bhima river, but as Bhima is already flooded, the water breached the riverbank and inundates areas beyond it,” he said.

Chatake said his fields are still flooded and no help has reached anyone in the village. “The harvesting labourers were scheduled to come in the next few days,” he said.

As neither onion nor cane is covered under the Pradhan Mantri Fasal Bima Yojana (PMFBY), farmers in this area stand to lose 100 per cent of their investment.

Meanwhile, Agriculture Commissioner Dheeraj Kumar said his office has asked staff to encourage farmers to post their claims using the PMFBY app. “As the app already has details of land records, this will be easier for farmers. Insurance companies have been asked to speed up their surveys to ensure compensation reaches farmers early,” he said.

A massive drive has been undertaken to help farmers log in and file their complaints online. Farmers in these areas will also be eligible for 25 per cent of the due compensation immediately, as per the norms of PMBFY.