In a communication to all states and Union Territories, Health Secretary Rajesh Bhushan said India’s National Centre for Disease Control has informed the government that “multiple cases of a Covid-19 variant B.1.1529 have been reported in Botswana (3 cases), South Africa (6 cases) and Hong Kong (1 case)”. 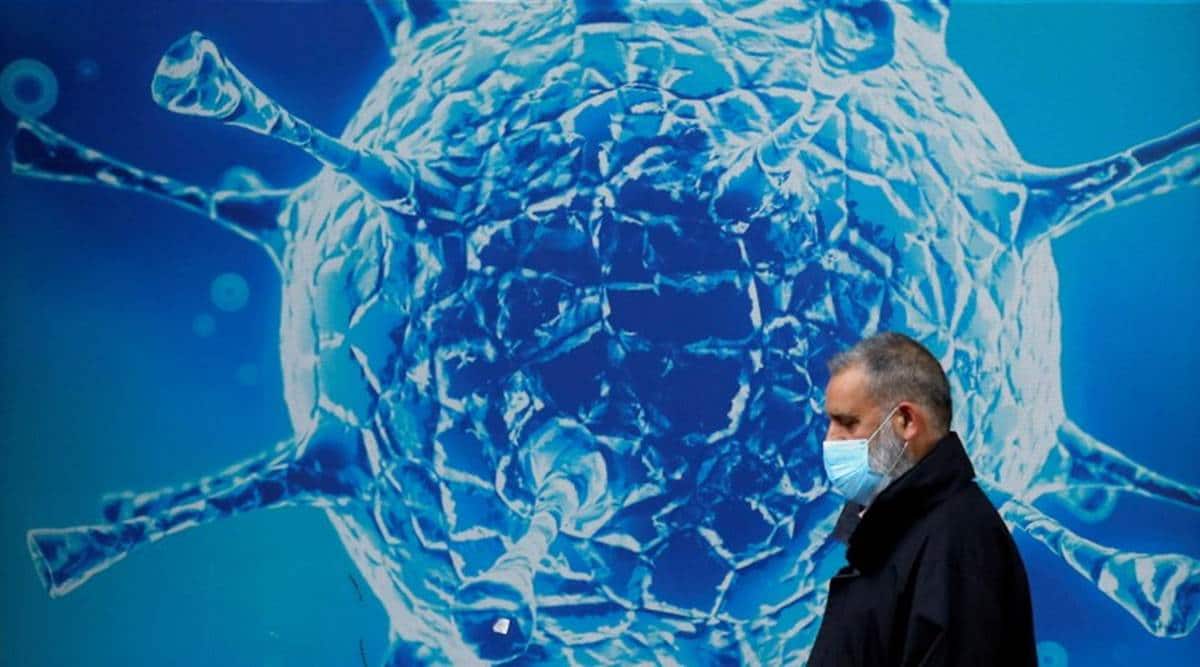 Hours after South African authorities announced they had detected a new variant of the novel coronavirus with a “very unusual constellation” of mutations, the Union Health Ministry on Thursday directed states to rigorously screen and test travellers coming from or transiting through three countries in which the variant had been confirmed — South Africa, Botswana, and Hong Kong.

In a communication to all states and Union Territories, Health Secretary Rajesh Bhushan said India’s National Centre for Disease Control (NCDC) has informed the government that “multiple cases of a Covid-19 variant B.1.1529 have been reported in Botswana (3 cases), South Africa (6 cases) and Hong Kong (1 case)”.

“This variant is reported to have a significantly high number of mutations, and thus, has serious public health implications for the country, in view of recently relaxed visa restrictions and opening up of international travel,” Bhushan said.

The Hong Kong case is a traveller from South Africa. South African scientists told a news conference on Thursday that the mutations detected in B.1.1529 were “concerning because they could help it evade the body’s immune response and make it more transmissible”, Reuters said in a report from Johannesburg.

Following Bhushan’s direction, all states will have to send samples from Covid-positive travellers to designated labs of the Indian SARS-CoV-2 Genomics Sequencing Consortium (INSACOG), which tracks and monitors the emergence and transmission of variants of concern and variants of interest in India.

South African scientists have expressed concern over the mutations, but a realistic assessment will rest on wider genome sequencing studies. South Africa has requested an urgent sitting of a WHO working group on virus evolution on Friday to discuss the variant.

Covid surveillance officers in the states will have to coordinate with INSACOG labs, and will have to undertake test-track-treat to prevent the spread of the variant and the formation case clusters.

“Twenty-two positive cases of variant B.1.1.529 have been recorded in the country following genomic sequencing collaborations between the NICD and private laboratories. In addition, other NGS-SA laboratories are confirming more cases as sequencing results come out,” South Africa’s National Institute for Communicable Diseases said in a statement on Thursday.

The Reuters report quoted South African scientists as saying that early signs from diagnostic laboratories suggested the variant has rapidly increased in the most populated province of Gauteng, and may already be present in South Africa’s other eight provinces as well.

“Although the data are limited, our experts are working overtime with all the established surveillance systems to understand the new variant and what the potential implications could be,” the NICD statement said.

Bloomberg quoted South Africa’s Health Minister Joe Phaahla as saying: “Here is a mutation variant of serious concern…We were hopeful that we might have a longer break in between waves — possibly that it would hold off to late December or even next year January.”

In an official release, the government of Hong Kong Special Administrative Region announced two cases of the new variant in the territory. The cases in the Regal Airport Hotel had “highly similar genetic sequences and the viruses belonged to a newly emerged lineage, B.1.1.529”, the release said.

“The sequences are similar to those found in South Africa and Botswana, supporting that case 12388 arriving in Hong Kong from South Africa was the index case. Scientific information on the public health significance about this lineage is lacking at the moment,” it said.

Authorities in Botswana reported four cases of B.1.1.529 in fully vaccinated travellers. “Initial investigations…have established that the new variant has a high number of mutations as compared to the locally predominating Delta variant. What this means is still unclear and under investigation. New variants have the potential to affect severity of disease… At this moment, real-world impact of the variant has not been established,” Dr K Masupu, Coordinator of Botswana’s Presidential Covid-19 task force, said.