The affiliation of the school, located on the outskirts of Ahmedabad, “stands cancelled with immediate effect” on the basis of a report submitted by the Gujarat government. 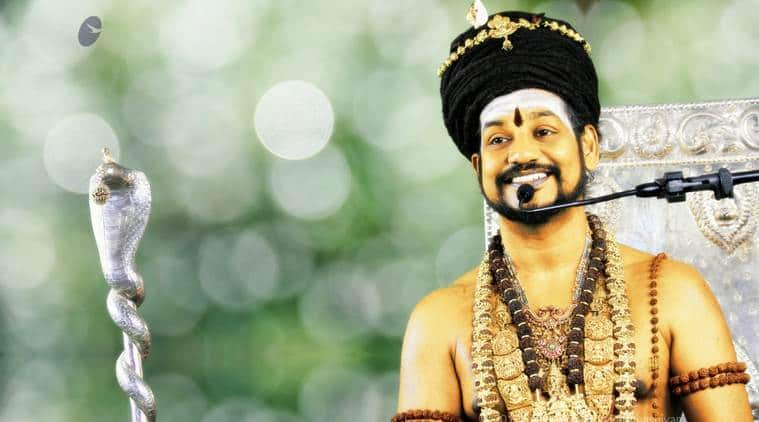 The Central Board of Secondary Education (CBSE) on Sunday cancelled the affiliation granted to Delhi Public School (DPS), Hirapur, for violating government norms while leasing out land to self-styled guru Swami Nithyananda for his ashram.

The affiliation of the school, located on the outskirts of Ahmedabad, “stands cancelled with immediate effect” on the basis of a report submitted by the Gujarat government.

In the order issued to the manager of the school, CBSE said, “…keeping in view the academic interests of the students, the registered bonafide students of Class X and XII (for session 2019-20) are allowed to appear in Board examination to be conducted in the year 2020. The registered bonafide students of class IX and XI shall be shifted to nearby affiliated schools of the Board, to be decided by the regional office, Ajmer.”

Finding gross violation and suspecting criminal misrepresentation and forgery after an inquiry, the Gujarat education department had requested the CBSE to cancel the school’s affiliation.

The order issued by the CBSE withdrawing the school’s affiliation Sunday states that “…In view of the given facts and circumstances and on examination of the inquiry report submitted by director, education department Gujarat, the no-objection certificate dated July 27, 2010 and the reply of the school dated November 29, 2019, the competent authority of the board is of the considered opinion that act of the school attracts penal provisions under clause 12.1.9 read with 13.17 of affiliation bye-laws of the CBSE…”.

The CBSE order also mentions that as per the school’s email sent on November 29, replying to the show-cause notice issued by the board, the school has not submitted the no-objection certificate dated July 27, 2010.

“However, as per our records, the school had submitted copy of NOC dated 27.07. 2010 duly attested by the then principal Mrs Anita Dua. The IC which conducted inspection of the school on 22.06.2012 had also verified the NOC and mentioned ‘yes’ against the NOC column of inspection report. This goes on to prove that the school had shown the NOC to the IC members,” the CBSE said.

The order further mentions, “In the light of the communication received from the state government, it transpires that the school is functioning and has managed to get affiliation without ever being issued no-objection certificate by the state government and the school has submitted of forged document. The school is, therefore, not eligible to continue the provisional/general affiliation of the Board as the requirement of no-objection certificate is an essential condition for affiliation under clause 2.3.5 of Affiliation Bye-Laws.”

On leasing out school land to Nithyananda ashram, the order says, “the statement of the school is contradictory to the inquiry finding of the state education department which clearly stipulates that several misrepresentations were made regarding title and status of land in question by the school”.

The inquiry was initiated by the education department on November 16 after a case filed by Tamil Nadu-based Janardhan Sharma alleging that the ashram had kept his children in “illegal confinement”. On November 21, the CBSE directed the Gujarat education department to inquire into the matter of leasing out the land of DPS Maninagar, Mehmdabad Road, Hirapur, Ahmedabad, to Nithyananda ashram without permission of the board.

The board granted provisional/general affiliation to the school on the basis of no-objection certificate number MSB-121-1965-CHH dated 27.7.2010 submitted by the school. The CBSE directed the Gujarat education department on November 21 to conduct an inquiry into the running of Nithyananda asharm from the school campus.

The director commissioner of schools, education department, in his email to the CBSE through on November 22, informed the board that several misrepresentations were made regarding title and status of land in question by the school. It was further reported that the said NOC was never issued by the education department of the state government. The Board issued a show-cause notice on November 23 to the school.

Has India diluted its claim over Galwan, asks Congress