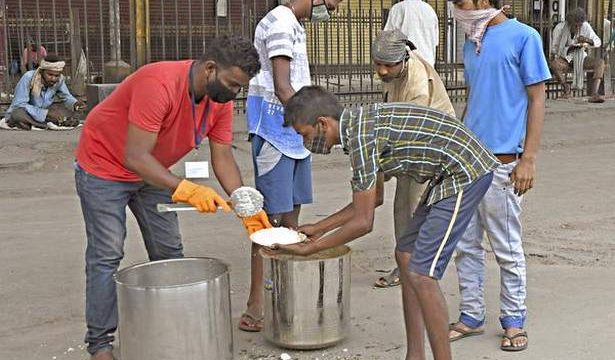 This time around, there is hardly any attention on unorganised sector and daily wagers who have lost livelihood and their basic sustenance needs

In the midst of the pandemic that has brought the medical infrastructure on its knees, issues of livelihood seem to have taken a backseat. While help had poured in for the underprivileged from many quarters during the 2020 lockdown, the two-week shutdown this year is expected to be tough as most philanthropic enterprises are now focused on providing medical help.

The government, meanwhile, has not made any commitment to the unorganised sector and daily wagers. The vulnerable section had received 10 kg of rice per person, which was two months’ quota, at one go soon after the lockdown was announced in 2020. The State had announced an one-time payment of ₹5,000. This time around, there has been little expected from the State. The Karnataka State Unorganised Workers’ Social Security Board does not have the financial strength to bail this section out. In the midst of the crisis, changes brought in to the public distribution system (PDS) on the quantum of rice to be issued (down to 2 kg) has added to the problem.

“Health crisis has become the focus over food. It is also a nightmare under the current pandemic situation to set up a community kitchen or bring people together to pack and deliver dry ration kits since there is no guarantee of a bed available for volunteers if one turns positive,” said Nalini Shekar of Hasiru Dala. Her organisation that had supported about 50,000 people through campaigns earlier has restricted it to 6,000 families without BPL cards during this second wave.

“The transgender community has frantically reached out for help, but we are in no position to help them. It is a logistical nightmare,” she rued.

Ms. Shekar, however, emphasised, “It is not that volunteers are not working. But all their efforts are now on identifying bed for the needy, sourcing medicines, and other health issues.” Bengaluru is witnessing a huge volunteer participation in the health sector besides organising the final rites of those succumbing to COVID-19.

Vinay Srinivasa from Bengaluru Street Vendors’ Federation concurred. “Most volunteers are firefighting on the medical front. There is also fatigue among the volunteers as their health is also important in the pandemic,” he said.

With the anticipation of a lockdown, several families were also this time preparing to meet the harsh realities. If some had stocked up rations for a few weeks’ time taking loans, many migrants returned home in the preceding weeks. Unlike the last lockdown, Mr. Srinivasa said, there was no panic this time as in anticipation of strictures, vulnerable sections such as street vendors were prepared to an extent.

Amid heart-wrenching scenes from hospitals, there have been organisations such as Mercy Mission and Urban Homeless who continue to work among these vulnerable groups.

Mercy Mission, which had a massive food aid programme during the pandemic last year, is all set to reopen five kitchens in Bengaluru. “There is a food crisis looming. Many homeless and daily wage workers who have lost jobs seem to be running out of whatever little they had and once that happens, a food crisis will become a reality. This year the government is yet to announce any initiatives in this regard,” said Mohammed Ummer of Mercy Mission.